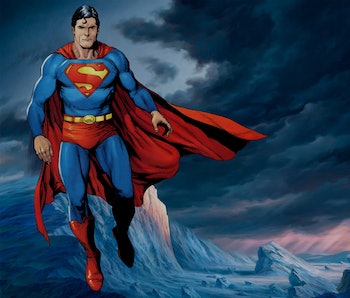 The people of Krypton owe their vaunted place in Earth’s pop culture to the exploit of their most famous refugee, who came to represent the pinnacle of heroism. Driven by ideals that as incorruptible as his body, Superman stands alone in the pantheon of fictional do-gooders. While his Kansas upbringing may have contributed to his ideological purity, his alien physiology and the legacy of the Kryptonian people informed his profound sense of purchase.

When you’re talking about Krypton and its inhabitants, you have to begin at the end.

While Superman himself first appeared in 1938’s Action Comics #1 leaping over tall buildings in a single bound, it wasn’t until the following summer that his home planet of Krypton was depicted in the comics. Or, more accurately, Krypton’s destruction was depicted in the comics. As the alien planet has evolved over the years at the hands of various artists, Krypton’s final moments have been the jumping off point for nearly every Superman origin story ever told.

The nearly universal take, though, is this: Superman’s home planet is completely obliterated by way of spectacular explosion for reasons usually related to its advanced age. The only person who foresees the cataclysmic end of the Kryptonian race is a scientist named Jor-El. Mr. El is savvy enough to strap his infant son Kal (aka, Superman) into a rocket and shoot him off the planet moments before the planet explodes.

Armed with the collected knowledge of his people and the benefits of a yellow sun, Superman is tasked with preserving Krypton’s culture while he lives on Earth. It’s through these means that’s yielded most of our knowledge on Superman’s home world.

More often than not, the people of Krypton are portrayed as incredibly advanced technologically. While the measure of that advancement varies from a few hundred years ahead of us to a few millennia, the constant is that Kryptonians make Earthlings look like Luddites by comparison.

In later versions of Superman, as in John Byrne’s legendary run in the mid-eighties, Krypton became a race that was almost solely identifiable by their adherence to technology. This was a world of cold, scientific fact where emotions were supplanted and clones were used to propagate the species.

Richard Donner’s contribution to the planet’s history in the good Superman films from 1978 and 1980 was the inclusion of a strong military class spearheaded by the nefarious General Zod.

Since then, Krypton has been host to a series of revisions so numerous it’s almost not worth going into detail. The unifying characteristic of all of them is technology and emotional sublimation, the latter of which might explain why Superman is able to so effortlessly embody high-minded ideals.

From a biological perspective, a Kryptonian standing on Krypton would be no different than you or I. Basking in the glow of their native red giant, they’d be bound by a seemingly similar set of physical rules and be subject to the same dangers as any human. On Earth, it’s a whole other story.

What makes Superman so powerful is the sun. According to the comics, his physiology soaks solar energy and uses it to accomplish breathtaking feats of derring-do. He started with super strength, super speed, and mad ups. Over the years, he developed a whole crazy litany of super powers. So many, in fact, that some had to be dropped for the sake adding a little vulnerability to the Man of Steel.

On Krypton, though, Kryptonians are us and we are them.

The significance of the Kryptonian people lies not in their culture’s accomplishments, but in the accomplishments of the planet’s most famous survivor. Beyond his heroics on the page, Superman is almost solely the reason that we’re currently inundated with superheroes. He’s the grandaddy of them all.

Superman himself is not just a hero’s hero, he’s also one of the most popular icons in pop culture history.