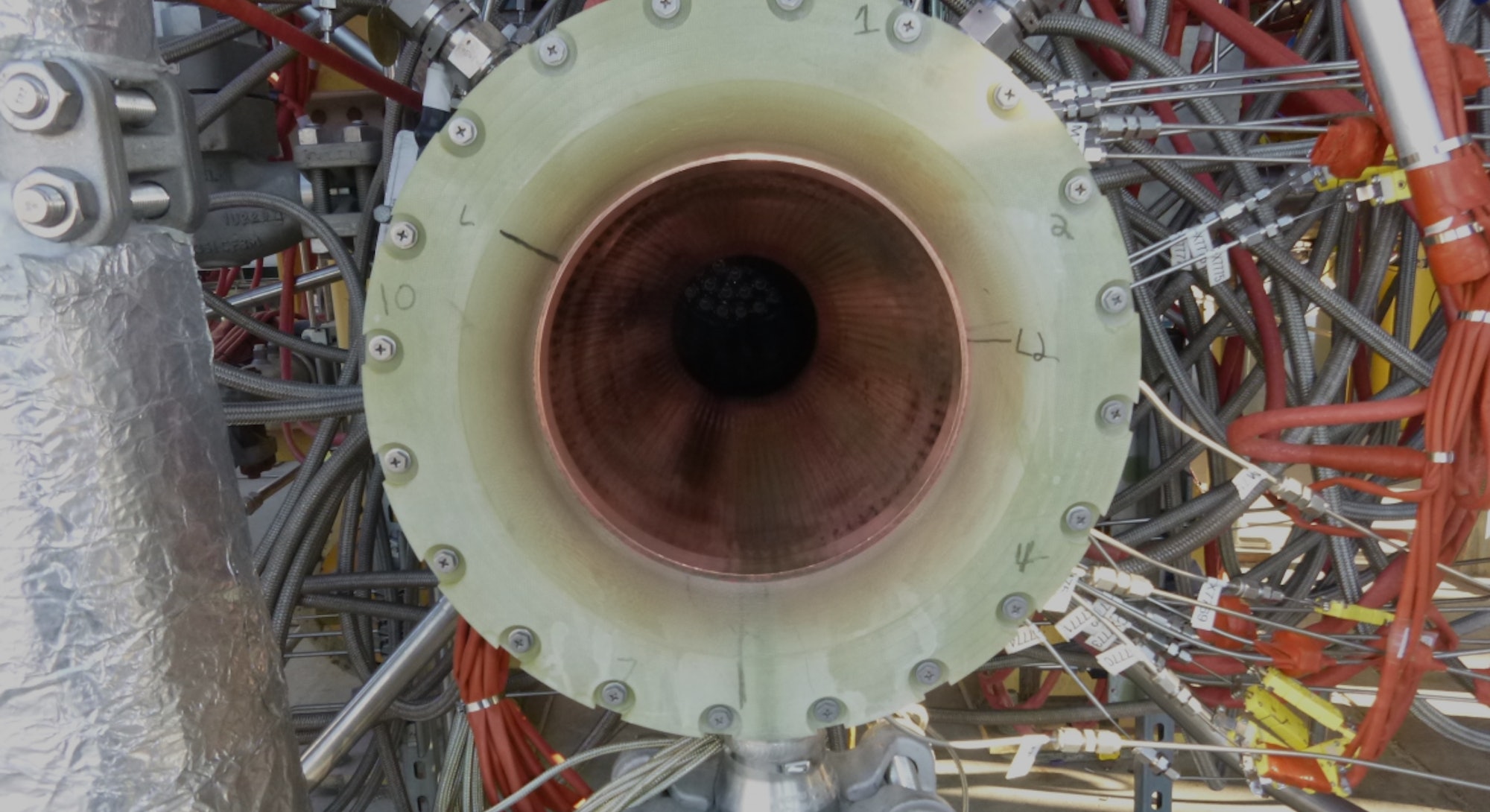 Blue Origin is having one hell of a week after it let reporters into its Kent, Washington headquarters. Jeff Bezos gave select media a small tour of the place and dropped bombshell announcements like the company’s plans to start piloted testing of its New Shepard spacecraft, and its hopes to start sending tourists into suborbital space by 2018. Big news, of course.

One nugget that found itself buried among the slew of coverage had to do with the progress the company has made on its development of its new BE-4 rocket engine, designed to take future Blue Origin spacecraft out to low Earth orbit and beyond. BE-4 could actually play a pivotal role in weaning U.S. spaceflight projects off of the need to import engines from Russia.

It’s a good bet Bezos noticed the lukewarm coverage of BE-4 over the past few days, because on Thursday afternoon, the billionaire shot off a mass email to every person on the Blue Origin e-mail list. It offered more details about the BE-4 and the company’s plans to begin fully testing it later this year. He writes:

“To date, we’ve completed more than 170 staged-combustion tests – including 51 starts on a single regeneratively cooled chamber and nozzle. The preburner performed flawlessly and the main injector consistently demonstrated performance at the high end of our predictions, giving us confidence that we’ll get good specific impulse when we go to full-scale engine testing later this year.”

Currently, most of the rockets we use to send satellites and other non-crewed spacecraft into orbit are made in Russia. U.S. spaceflight companies have no choice but to import them from the land of Putin.

Officials in this country want to cut off that dependence to Russia. The U.S. Air Force — which is especially keen on making all their military satellite operations clean of any Russian fingerprint —recently allocated $241 million towards developing new rocket propulsion systems that would replace the Russian-made engines. Some of that money was actually awards to private companies Orbital ATK and SpaceX for engine research and development.

Bezos is just as eager to help solve this problem as anyone. He hasn’t been shy about his hopes to use Blue Origin as a conduit for strengthening the country’s spaceflight industry. His email explicitly mentions the overall goal to bring rocket engine manufacturing and distribution stateside:

“One of the many benefits of a privately funded engine development is that we can make and implement decisions quickly. Building these two new test cells is a $10 million commitment, and we as a team made the decision to move forward in 10 minutes. Less than three weeks later we were pouring the needed three-foot thick foundations. Private funding and rapid decision making are two of the reasons why the BE-4 is the fastest path to eliminate U.S. dependence on the Russian-made RD-180.”