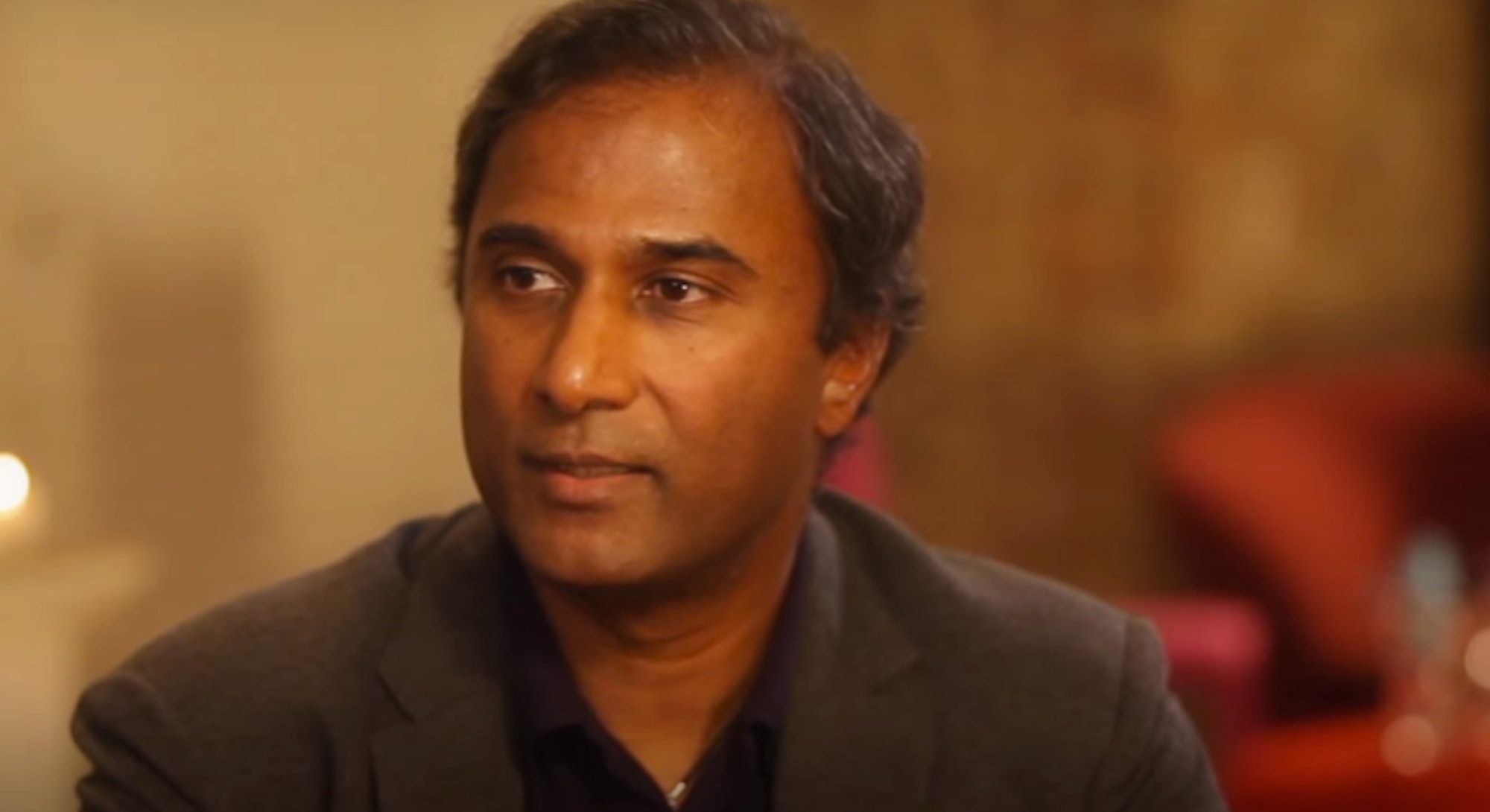 Dr. Shiva Ayyadurai tells such a great story, that it’s no wonder his tale been quoted in The Washington Post and accepted by The Smithsonian. In 1978, a teenage immigrant born to one of India’s lower castes, with virtually no resources, single-handedly codes a revolutionary program that becomes one of the most widely used and influential software services of all time. There’s only one problem with the narrative: It’s bullshit.

You may have seen Ayyadurai’s name in the news last week in stories about the death of Raymond Tomlinson, a computer programmer who invented email as we now use it and turned the @ symbol into an emblem as recognizable as the Superman ‘S.’ (Here’s a story of how Tomlinson did this while a principal engineer based in Cambridge, Massachusetts and employed by Raytheon, a defense contractor.)

Ayyadurai, who has long claimed to be the real genius behind electronic messaging, hit Twitter just hours after Tomlinson’s death with these gems:

Ayyadurai has been making these claims for years, to basically anyone who’ll listen. In his version, as told in a later-retracted, Washington Post story, Ayyadurai was a bright 14-year-old who wrote a system for electronic message management he called EMAIL at the College of Medicine and Dentistry in New Jersey.

The truth is, I invented email in 1978 when I was employed as a 14 year old research fellow at the University of Medicine and Dentistry of New Jersey (UMDNJ), located in Newark, New Jersey. I had been assigned to create a software system that duplicated the features of the Interoffice Mail System, which was simply a manila envelope that physically circulated around a workplace. The envelope contained the Interoffice Memo with Attachments, and comments from various recipients on a given topic. I named my software “EMAIL,” (a term never used before in the English language), and I even received the first U.S. Copyright for that software, officially recognizing me as The Inventor of Email, at a time when Copyright was the only way to recognize software inventions, since the U.S. Supreme was not recognizing software patents.

He copyrighted the memo system in 1982. Here’s his certificate of registration:

That, along with the rest of his “historical documents” was interred at the Smithsonian in 2012, like they were Alexander Graham Bell’s telephone.

To this day, the story is repeated by publications like The Times of India and his wife since 2014, actress Fran Drescher. (Defense contractor Raytheon was Tomlinson’s employer.)

Ayyadurai (to whom we’ve reached out for comment, but haven’t heard back from yet) is quick to accuse detractors of either being part of a far-reaching military-industrial complex conspiracy, or of whitewashing history, or both.

So why are we calling him out? Well, for one thing, it’s because he was about 8-years-old when Tomlinson completed his very well-documented work. And even ignoring Tomlinson — who indisputably established the @ symbol to distinguish which computer a message was addressed to — there were several advances in computer communications well before Ayyadurai crafted his system.

By 1975, Larry Roberts had already created email folders and some basic apps, and, most damningly, emails were about 75 percent of all ARPANET traffic. You can go all the way back to an MIT message system called MAILBOX in 1965 if you really want to be a stickler about exactly what constitutes an email. (Tomlinson cautioned biographers to remember that he was only the first to send a “network email.”)

And Ayyadurai has staked much of his claim on semantics. He says that because he was the first person to use the now-standard fields in messaging like “To,” “CC,” “BCC,” and so on, he refined messaging beyond mere text messages to what we think of a email. Even here he was behind, as these features were outlined in 1977’s RFC that spelled out the format for ARPA network text messages, and Tomlinson’s own account:

[We] had most of the headers needed to deliver the message (to:, cc:, etc.) as well as identifying the sender (from:) and when the message was sent (date:) and what the message was about. I chose the Latin word “re” meaning “about” for this. This apparently too obscure and was replaced with “subject:”. However, “re:” is still use in the subject field to refer to the subject of the message to which the message is a reply. RFC 561 documents the headers as of 1973. Before that the standard was de facto. You could include any header you wanted in a message, but you had better use to:, cc:, etc. if you wanted the receiving program to understand.

Sam Biddle wrote a ferocious takedown of Ayyadurai for Gizmodo in 2012, not long after the Washington Post story. Biddle found little support for the doctor’s claims among his MIT colleagues, who described him as an “asshole” and a “loon.” One anonymous MIT co-worker told Biddle: “Don’t know him, but [he] didn’t invent email. If he claims to have done so he’s a dick.” At best, Biddle concluded that Ayyadurai may have come up with the term email, assuming we ignore the scholarly journal story published a full year before his work: EMMS; Electronic Mail and Message Systems; Electronic Mail and Micro Systems; Electronic Mail and Messaging Systems. Even so, “creating a type of airplane named AIRPLANE doesn’t make you Wilbur Wright,” Biddle writes.

It’s entirely likely that Ayyadurai wrote messaging software as a gifted young programmer without help, and for that modest achievement, he’s been more than recognized. He’s certainly better at self-promotion than Tomlinson ever was, having registered dozens of domain names like DrEmail.com (!). But the inventor of email? Not a chance.