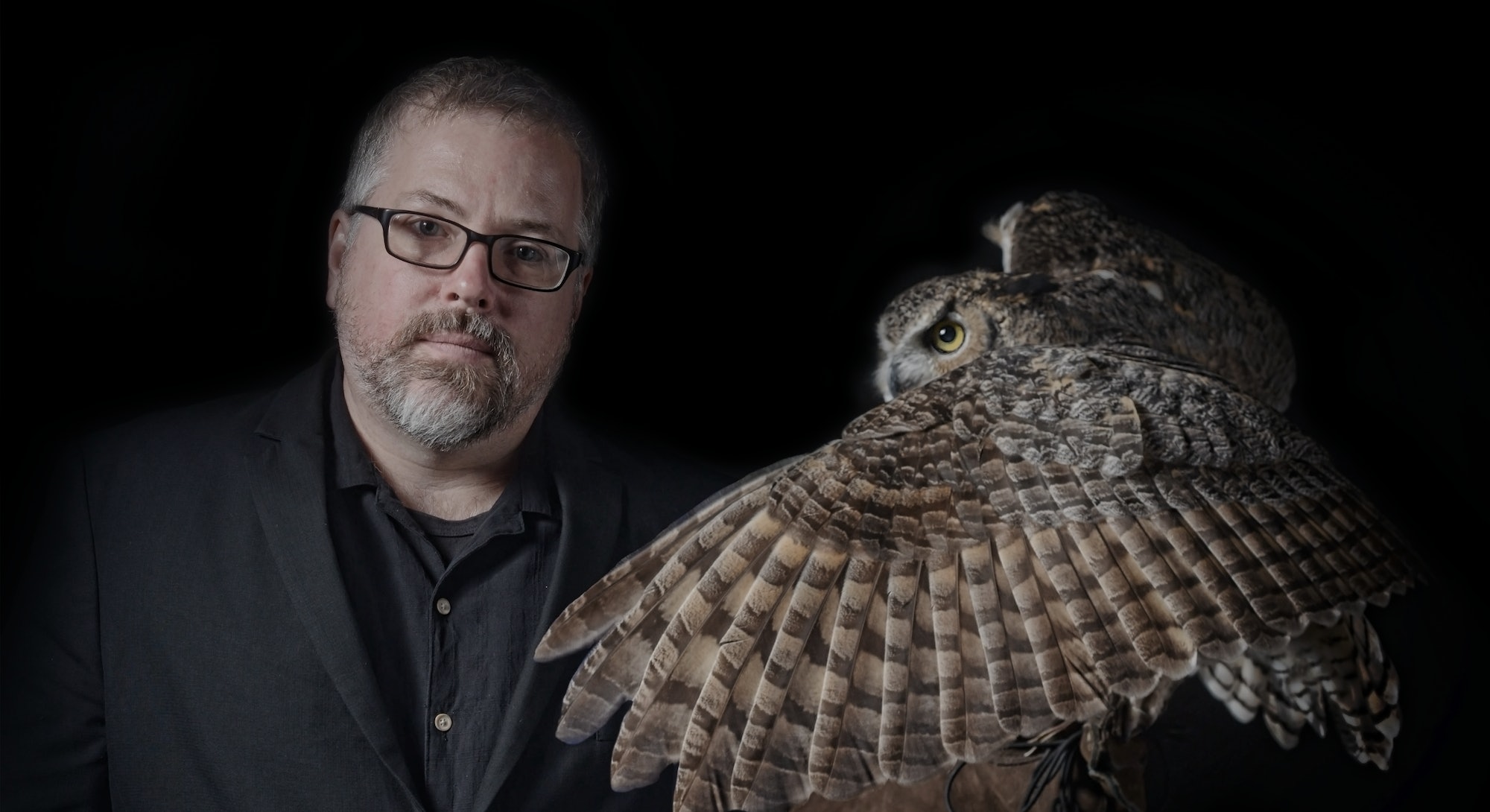 In Asking the Prophet, we probe the brains of sci-fi, fantasy, and speculative fiction writers.

Jeff VanderMeer is the author of the bestselling Southern Reach trilogy and City of Saints and Madmen. The trilogy made Entertainment Weekly’s top 10 best books of the year, and VanderMeer won the Nebula and Shirley Jackson Awards for Annihilation. He has also nabbed the World Fantasy Award three times. All acclaim aside, his books are thought provoking and genre-bending mixtures of fantasy, weird fiction, horror, speculative fiction, and science fiction. VanderMeer spoke to Inverse about how he stays enigmatic, the impending film adaptation of Annihilation, and more.

How do you approach world building? In the Southern Reach Trilogy, you feature lots of scientific information, yet you keep many aspects of your books enigmatic.

I don’t think setting is really separate from the characters in a book. You’re always getting a sense of reality in fiction through the character point of view, and that affects what comes across to the reader. In Annihilation, the biologist is more invested in the wilderness than the human world, so that’s what comes through in the descriptions. But Control in Authority isn’t much of a wilderness buff, so he notices the human elements more.

A simple example is that the biologist will identify birds by species, whereas to Control, that thing on a branch is just a bird. Science, meanwhile, is a continuous attempt to eliminate doubt through logical research, in a sense. But that means the doubt is there and the uncertainty is there, and often there is a lot you don’t know — even just about our real, natural world. When dealing with an enigma without precedent, like Area X, the ratio of doubt in scientists is exponentially increased.

So, it’s not really keeping the book enigmatic as it’s following what people in that situation might reasonably be expected to know, and not revealing more than they would reasonably know. Of course, releasing novels like that into a literary ecosystem where most novels are too un-enigmatic to reflect reality does make the Southern Reach appear more enigmatic than it might be if that ecosystem was different.

Since film, as a medium, is more straightforward than the page, how do you see that balance of sharing versus obscuring information playing out onscreen in the upcoming film adaptation of the Southern Reach Trilogy?

Alex Garland, the writer and director, has his own vision. He says he’s not an auteur, but he’s basically an auteur. That means the script itself, while sharing similarities with the novel, will also be vastly different in some ways — and Garland’s emphasis may be different. But I can say I’ve seen some of the pre-production visuals and — in tone and texture and feel — his approach is a perfect reflection of Annihilation. I couldn’t have gotten it closer if I’d written and directed the movie myself. So the immersive feel will have the same sense of unease and natural ambiguity, while the screenplay itself will have to, in translation to a visual medium, streamline some of the “obscuring.”

Where do you draw inspiration from? What are some of your own favorite books?

Inspiration comes from everywhere if you’re receptive to it—and once I’m obsessed by an idea for a story that just becomes doubly true. If I’m deep into a novel, some part of everything around me becomes subsumed in the fiction. That said, I’ve made it a point recently to read a lot of eco-philosophy and media theory — and I mostly read contemporary mainstream fiction, fiction in translation, and space opera. I’m not feeling most near-future science fiction because it doesn’t really engage in interesting ways with environmental issues.

Favorite books include Angela Carter’s The Infernal Desire Machines of Doctor Hoffman, most of Nabokov, Edward Whittemore’s Jerusalem Poker, and just a ton more. Most recently, I loved Elizabeth McKenzie’s The Portable Veblen — wise, funny, and insightful about nature — and Dexter Palmer’s great time travel novel Version Control. I wrote up my 2015 favorites at Electric Lit.

What’s fascinated you recently, whether it’s something you’ve read or a new piece of information you’ve learned?

I’m writing an essay on hyperobjects and hauntings in the context of hauntings of the landscape by global warming; I’m sure that’ll continue to infect my actual fiction. This idea of hauntings without ghosts fascinates me — it also influenced the Southern Reach. I was also riveted by the part of the movie The Big Short where they go out to see the A-rated mortgage properties and find a wasteland of empty houses right there in suburbia. That’s become the basis for an odd, uncanny novella I’m working on entitled Terrible Is Just Another Word for Nice. I also highly recommend The Marvelous Clouds by John Durham Peters, which is important for how we talk about a number of topics related to the natural world.

Where do you see the future of the weird fiction genre going? How have you seen it change over the course of your time as a writer?

I wouldn’t presume to predict, but I do think weird fiction and the uncanny are effective ways for fiction writers to talk in a non-didactic way about global warming. I’m beginning to despair of near-future science fiction being able to do it effectively. The weird and mainstream literary fiction seem to be more savvy, perhaps because the latter can simply “report” in interesting ways on our existing reality and the former because the uncanny element “cooks” the subject through the both the metaphorical and the embodiment of the metaphorical in something weirdly real.

Where do you see the future of environmental sci-fi going?

It’s important to recognize that bits of contemporary mainstream literary novels like Tom McCarthy’s Satin Island are doing more interesting things with regard to environmental extrapolation than the entirety of whole science fiction novels. Because we’re now fairly deep into the middle of this slow apocalypse, writers of fiction set in the here-and-now can speculate quite effectively without recourse to the science-fictional. My next novel is science fiction and deals with issues of biotech, scarcity, and survival. But the one after that is set in the present-day and has no speculative elements. That happened naturally, but I think it also happened because we are, as they say, already living in the SFnal future. I also think Aase Berg and other poets are demonstrating that poetry is quite a powerful form when it comes to interesting exploration of environmental issues. So, the short answer is: Any writer can now write “environmental science fiction.”

What’s next for you? What are you currently working on and what are you most excited about?

My new novel Borne, featuring a giant flying bear, comes out from FSG in May of 2017. I’ve also written a novella entitled Bliss, about a strange boat trip downriver by a cult band, that I hope to place soon. In the immediate future, I’m very excited about The Big Book of Science Fiction, out from Vintage in July of this year. My wife Ann and I have put together possibly the biggest collection of twentieth-century science-fiction stories ever compiled in one volume. Over 700,000 words, 107 stories, with authors from almost 30 countries represented. Some of the writers in the anthology have never appeared in English before and others have been out of print for years.