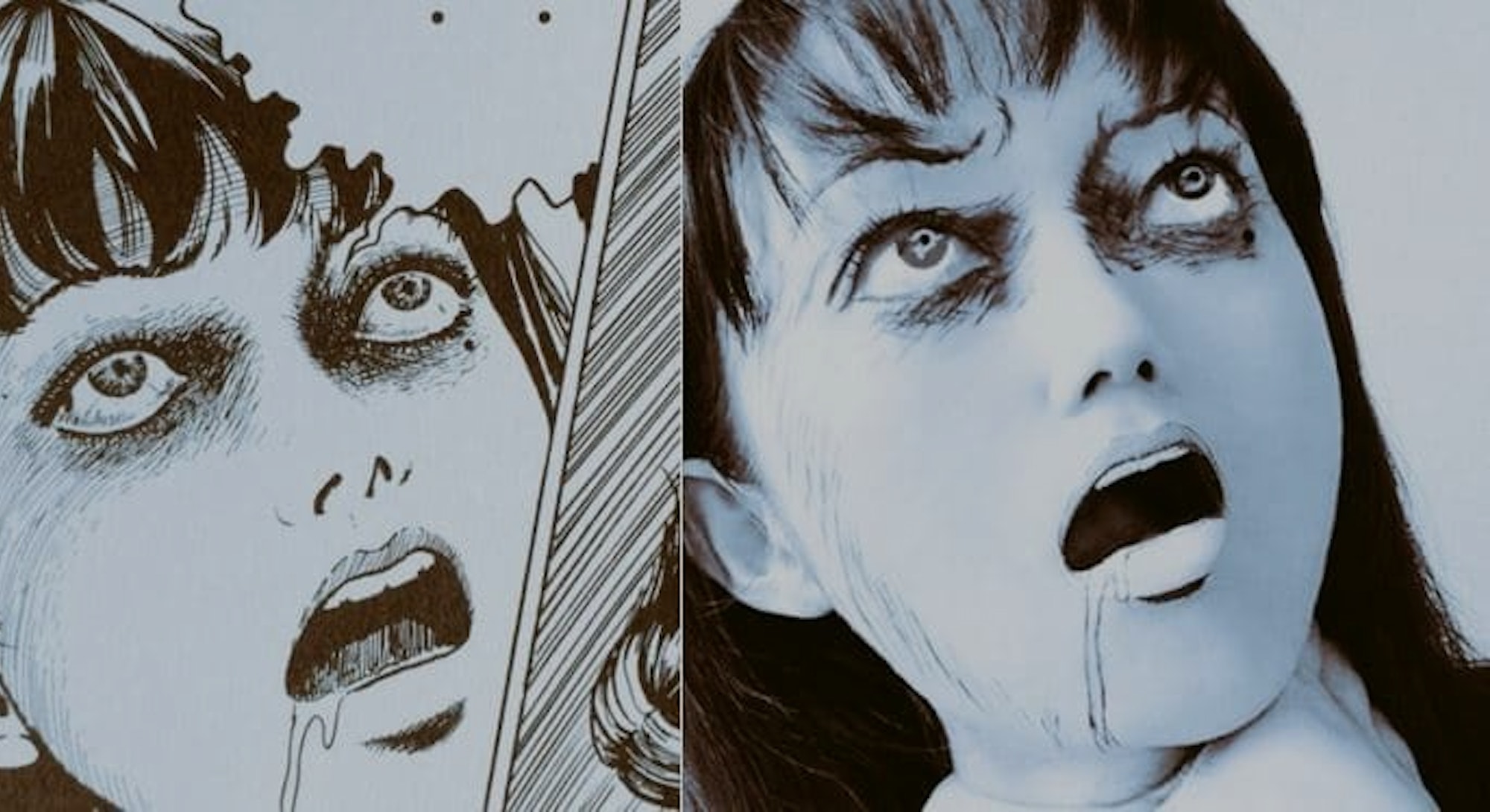 I will always remember the first time I read a Junji Ito comic. My weirdest and dearest friend and I were trying to out-scare each other with links, and she shot over Ito’s The Enigma of Amigara Fault.

“This is going to fuck you up, man,” she messaged me. And she was right. The Japanese manga artist combines body horror with raw emotion that feels equally potent and inescapable. Ito’s images — a boy who has to hold his own head onto his shoulders, a kid with needles in his gums — stay with me for days. But I’ve learned to like it.

Guillermo Del Toro, who was actually working with Junji Ito on a now-defunct Silent Hill game, has built a unique career in horror by depicting Spanish fascism. His monsters are memorable, but in most of his films, including The Devil’s Backbone and Pan’s Labyrinth, Del Toro’s ghouls are less threatening than human oppressors. Ito’s monster design is similarly rooted in human tyranny. What seems to scare Ito most is the rupture between contemporary Japan and its ancient history. His protagonists are young; they run from ghouls older than time, the ghosts Japan’s now-deceased values. Ito’s characters are punished for insolence, inflated ego, lying to their romantic partners, and developing addictions.

In one comic, a young girl is romanced by a man whose family harbors a terrible secret. In another. A shark inspired by Japan’s World War II-era biological experiments follows a man around his own home, scraping its way across the floor with its hammered-on mechanical legs.

For an American, finding Junji Ito’s art can be tricky. Most of his manga has been released in Japanese editions that are virtually untrackable. Last year, Ito released an English-language edition of Fragments of Horror, and I tore through right there, in the bookstore. The day I bought the short volume, I found @mamakiteru on Twitter. She has kept me in the loop ever since.

The young artist’s cosplay is an homage Junji Ito might have dreamed up himself: She’s a beautiful, young Japanese girl who uses make-up and digital editing to render herself as each of Ito’s monsters. She’s earned herself 16,000 followers from around the world, without a word of English. When I first reached out to her, she told me politely (in Japanese) that she couldn’t speak to me, because of the language barrier. I continued to admire her work, and watched as she graduated from still-images of her cosplay to gifs that feel cinematic.

Having seen @mamakiteru’s work get more traction, I reached out, again, armed with Google Translate. This time, she invited me to DM her, and requested that I send my messages in both English and web-translated Japanese. I did as I was told.

As it turns out, @mamakiteru isn’t a professional make-up artist. She cosplays Ito’s work out of sheer reverence, and urged me more than once to credit all of her photography and make-up artistry to Ito himself, whom she calls “teacher.” She told me in Japanese, over Twitter DMs, that make-up was just a hobby. She first emulated Ito’s work in November 2015, which, coincidentally, is around the same time my friend first sent me Ito’s work.

I asked her which of Ito’s comics was her favorite, and she replied that it often changes. She gave me a comic title in Japanese, which roughly translated to “The Sleepiness of the Room,” and she said it was emblematic of Ito’s “infinite imagination.” I searched around Japanese blog posts on Ito and decided she must have been pointing me to “Den of the Sleep Demon”, a one-shot comic included in the tenth volume of Ito’s Horror World of Junji Ito.

“Den of the Sleep Demon” is a pretty meta-textual comic. There’s a panel in which a girl realizes her friend has been reading horror comics, and she links his weird behavior to the nightmarish imagery in his head. The girl, like many of Ito’s protagonists, lies to her parents and sacrifices everything to help a young man fight a demon, and things don’t go her way. As I read it and re-read it, I felt connected to this Japanese girl, with whom I could barely communicate, a girl who professes that she wants to live in Ito’s world. I understand the urge; I’ve been drawn to ugliness since I was little, and I wrote my thesis on the monstrous form in college.

@mamakiteru followed me back on Twitter, and I kept reading Ito’s comics and sending her questions, trying to determine why she does what she does. She continued to undermine her own skills as an artist, and always referred me to an Ito comic. After a while, I realized that reading his comics — in Japanese for her, and in English for me — was probably the best mode of communication we had, unless I found a translator.

Still, I had questions.

I asked her what, in real life, scared her most. After a day, she answered simply: “insect.” I thought about this for a while, reading through my Ito comics for instances of insects. There aren’t many. If someone asked me the same question, I’d probably say, “snakes,” which is just as benign and random as her answer — considering we’ve both spent hours immersed in books about people turned inside out, conned into cannibalism, and being chased by demons.

@mamakiteru has secured an audience for herself on the internet, the same way that Ito’s comics have captured the attention of comic fans and horror nuts. I was grateful to chat with her, and excited to watch the multimedia artist she is becoming. Ito might be the teacher, but this girl has spooky gifts of her own.