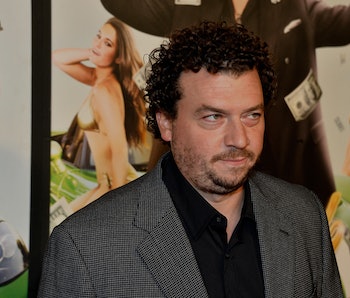 What’s the deal with Ridley Scott’s Alien: Covenant? After changing its title a bunch of times, delaying Neill Blomkamp’s own installment indefinitely, and dropping its former lead actress, now there’s another perplexing bit of casting that may happen for Scott’s Prometheus sequel/Alien prequel. Per TheWrap, comedian Danny McBride is set to join the cast and potentially battle some Xenomorphs in an undisclosed role.

McBride is perhaps best known as the beleaguered former Major League Baseball pitcher in the HBO comedy Eastbound & Down, so McBride firing guns at aliens alongside Michael Fassbender and newly-cast lead actress Katherine Waterston is kind of bizarre. The closest thing McBride has done to an action movie is Tropic Thunder, which was still a comedy, and the closest thing he’s done to sci-fi is This Is the End, which was still very much a comedy.

We won’t fault McBride for trying out new things. Comedians can still have range, as well. But if you’re entire career is predicated upon being the bumbling, foul-mouthed goofball, then it might upset the rhythm of the high-minded sci-fi that Scott is trying to throw down.

We can imagine it now: Waterston and Fassbender slowly creep along a darkened, misty corridor, suddenly finding themselves in the middle of a massive egg hatchery with dozens of bloodthirsty Xenomorphs clinging to the walls, hissing at the actors below. Enter McBride’s character: “Holy fuckin’ shit!” he says, “Are those goddamn aliens or what?!?”

According to TheWrap, “McBride is a true cinephile, and the duo are said to have hit it off while discussing old movies.” So remember that: if you want to be in a Ridley Scott movie, just corner him and talk about Casablanca or Gone With the Wind or any movie made before, oh, I don’t know, 1960.

As far as we can tell, the closest thing the Alien movies ever had to McBride-esque comic relief was Bill Paxton in the James Cameron-directed sequel Aliens. His “Game over, man. Game over!” lines are etched into action movie vernacular for all time, so maybe McBride can pull off the same type of bewildered dude who just suddenly finds himself in over his head.

Alien: Covenant and it’s weird bag of tricks is slated to hit theaters in October 2017.