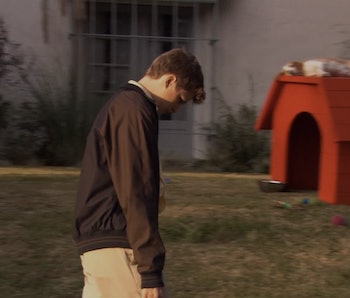 Regardless of whether your Valentine’s Day ends in romance, heartbreak, or beer-soaked apathy, there will be sighing. Roughly one sigh every five minutes — according to a new study published in Nature — just enough to keep our lungs inflated. The origins of sighing, it appears, are not that romantic.

While we usually associate sighing with amorous swoons or utter frustration — beloved existentialist Charlie Brown expressed multitudes in his exhalations — the study authors focused instead on their physiological origins, taking them for what they really are: just another type of breath. Just like yawning, sniffing, and laughing, these deep, occasionally emotionally fraught breaths are just another way for the brain to get oxygen into the deepest recesses of our lungs.

What the tag team of researchers at UCLA and Stanford did was pinpoint the part of the brain that controls sighing. They discovered two tiny neuron clusters — just 200 cells each — that transform a normal breath into a sigh: The first cluster, they found, sends out a stream of molecules that triggers activity in the second set, which in turn produces a brain signal telling our lungs to sigh. Cutting off that molecular signal caused sighing to stop.

Normal breaths do a decent job of keeping our lungs inflated, but occasionally the sacs at the farthest reaches — the alveoli — collapse, and some extra effort is required to pop them open. Without the occasional deep sigh, the authors suggest, lung failure would probably ensue.

The researchers are hoping their results will help them someday treat people with anxiety disorders who don’t sigh naturally, but they admit they’ve yet to figure out what role our emotions play in controlling them. They do know that stress causes us to sigh more, which could explain why our lungs might be especially full this coming weekend.

More like this
Gaming
6.28.2022 3:00 PM
How Ace Attorney spawned one of the most enduring character ships ever
By Hayes Madsen
Entertainment
20 hours ago
44 Years Ago, Marvel redefined its mightiest avenger — and changed superheroes forever
By Brian VanHooker
Entertainment
12 hours ago
Stranger Things creators confirm spin-off series, a live-action Death Note, and more
By Eric Francisco
Share: