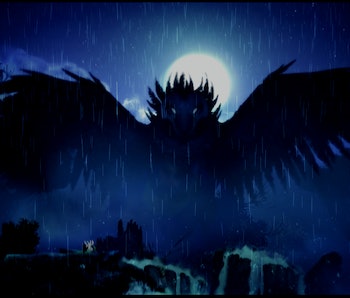 Well, here it is, a new Steam sale designed to murder my Paypal by offering games at undeniable 90-percent discounts. It’s an annual fiscal reckoning — and one I find myself looking forward to every February.

This year, there was plenty to look forward to. The games are myriad and excellent. Allow me to play Virgil to your gaming Dante and point out the best of the lot.

Holy God. This is $11 for the entire season. What are we even doing? How does economics work. Just grab this right off the bat. If you like the modern Telltale Games-style branching adventure puzzles, mixed with some feminist mystery and a dose of Donnie Darko (just the good parts), well, this is the game for you.

South Park: The Stick of Truth

This Obsidian RPG is perhaps the best translation of any outside medium to the video game format. It’s adorable, gross, just difficult enough, and really a must play. It’s also $7. Is Bernie Sanders behind this? What socialist system is crashing Steam?

Look, I’m not one of those nerds. You know the kind. They’re into orcs and shit. Not me, man. But if you love anything to do with Batman, like I do, then you’ll find your way into this. The Lord of the Rings gets infused with Arkham Asylum gameplay and a nemesis system that turns every enemy into a possible life-long foe, and the end result is one of the better games of this console generation.

You already own this.

All three of the Bioshock games are in a package for less than $10. Really stick it to Ken Levine by getting to the party this late.

Tales From the Borderlands

This Telltale series gets into what Borderlands has always done best: being super wacky. I was genuinely shocked by how much I laughed during these, and how invested I became in a universe that was super shooty. Someday they’ll finally fix Halo with something like that.

It’s a cute game where you can battle monsters or talk to them about their feelings. If you haven’t played it yet, don’t tell anyone, just quietly add this to your cart and move along.

$10 for everything from the last game, unless you’re ready to drop full price on the new one. Actually, buy both. Nothing better has ever existed. This is a real thing I’m ordering you to do. I’m not wasting your goddamn time like Rowan “Godus” Kaiser.

All of the Left 4 Dead stuff is, like, five bucks. Even if you own it on consoles, now is the time to find new life in it by buying the Steam version and investing a week of your life in the incredible mod scene.

Ori and the Blind Forest

Ugh. This’ll break your heart. If a Pixar film came to life and just repeatedly punched you in the stomach, that’s what we have here. Brutal.

This War of Mine

This game shows warfare, not from an elite soldier’s perspective, but from the point of view of some survivors trying to make it through. It’s bleak and cruel and there’s a new add-on that puts children in the game. You monster.

Sure, there are too many survival games out now. This one is a little different and a little better, and, frankly, that was enough for me. If any part of that genre appeals to you, this is the one to grab. Actually, most of the staff agrees on this one. Come murder with us.

$35 for every game in the series is a steal. This is like 800 hours of content. I know how you like your games measured in content-hours (CHs), and this has a high CH concentration.

Rowan “Godus” Kaiser puts this up as his actual GOTY recommendation. I do trust him on that one. For now.

We couldn’t be more stoked on this wilderness survival nightmare adventure game. Look for our coverage as soon as our hearts stop racing.

It’s $2 to get a different culture’s perspective on the world via a beautiful game that you should never play with a romantic partner because you’ll just wind up crying and holding each other.

This is like having a ship and your captain is H.P. Lovecraft and the whole world is Lovecraftian and filled with Lovecraftian monstrosities. What I’m saying is that it wears its influences pretty proudly.

Anything we missed? Let me know on Twitter in all-capital letters.

More like this
Gaming
7.2.2022 1:00 PM
You need to play the best game about demolishing rich people’s stuff ASAP
By Mo Mozuch
Entertainment
11 hours ago
Here’s the one divisive Marvel movie you need to watch before Thor 4
By Jake Kleinman
Entertainment
10 hours ago
44 Years Ago, Marvel redefined its mightiest avenger — and changed superheroes forever
By Brian VanHooker
Share: