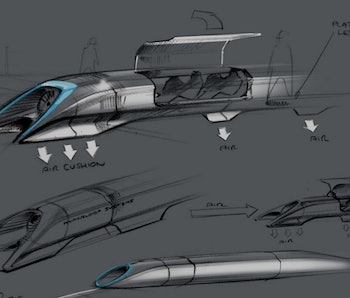 SpaceX Hyperloop Pod Competition announced today that eight additional teams will compete in their Competition Weekend this summer. The company chose the teams after revisiting their design packages to build and test the pod on Space X’s track in California. They must have been cool enough for SpaceX to say, meh, let ‘em do it!

In 2013, Elon Musk excited many when he offered up the Hyperloop for public consumption. SpaceX opened up the design of the pods, or capsules, in which passengers would travel, to teams of high school and university students.

This past weekend at Texas A&M University, MIT’s Hyperloop team came in first place out of a field of 124 teams in the design competition. In all, ten teams were invited to turn their designs into prototypes over the weekend. Today’s news takes that total to 18 teams.

And here they are, in no particular order:

Watch out. The block’s about to get crazy.