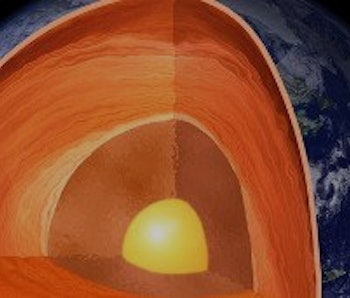 An international group of researchers have found evidence of life on samples of mantle rock, the Bigelow Laboratory for Ocean Sciences website reported Monday.

The failure of a different team to breach the Earth’s crust has been in the media’s recent focus — but scientists Dr. Beth Orcutt of Bigelow Labs and Dr. Gretchen Früh-Green of Eidgenössische Technische Hochschule (ETH) in Zürich, Switzerland found success on their 47-day mantle mission that took place at the Atlantis Massif, a 10-mile wide, 14,000 feet high mass of rock at the bottom of the Atlantic Ocean. According to the scientists, they have recovered rock samples of the Earth’s mantle that hold signs of life.

The expedition was intended to reveal how rocks from within the Earth make way from the mantle to the seafloor and how these rocks react to contact with seawater.

Dr. Orcutt explained: “During drilling, we found evidence for hydrogen and methane in our samples, which microbes can ‘eat’ to grow and form new cells…Similar rocks and gases are found on other planets, so by studying how life exists in such harsh conditions deep below the seafloor, we inform the search for life elsewhere in the Universe.”

The team reports it hopes to gather new information on how carbon is affected by reactions between mantle rock and seawater, including whether or not such reactions can help nurture life despite a total lack of sunlight.