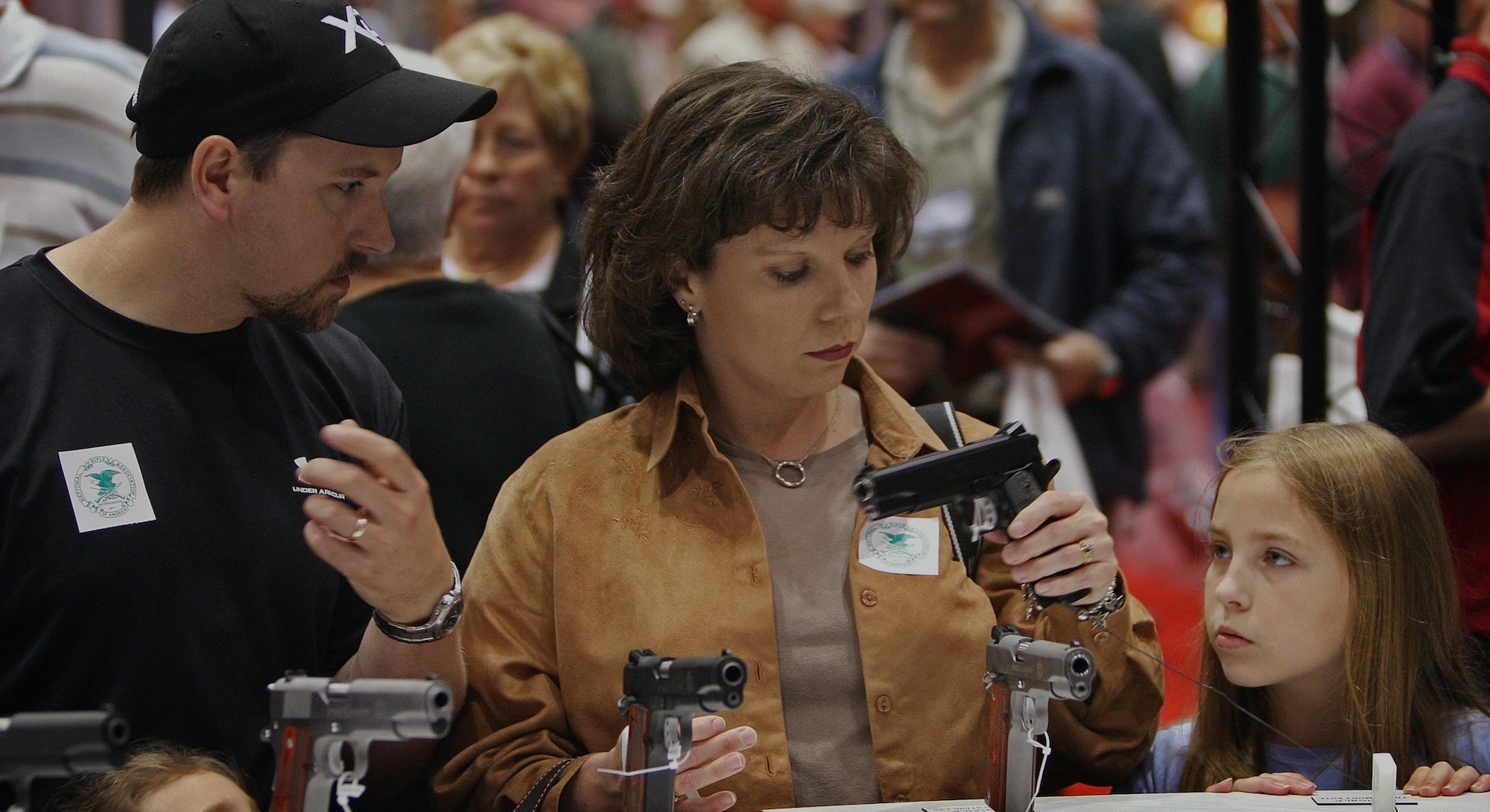 Call smart guns what you will — personalized, child-proof, safer — but don’t call them science fiction. Thanks to advancements in radio-frequency identification and the ubiquity of fingerprint scanners, smart guns have cleared the technology barrier. The only obstacle left is cultural.

The gun industry, ever wary of change but, more importantly, lost profits, has reframed the opposition in consumerist terms to argue that the market is keeping smart guns out of stores. Nobody — or more accurately, only one in seven people — wants these weapons, say industry groups, like the National Shooting Sports Foundation.

If you actually read the public pulse, however, you won’t find consumers so anemic. “It’s a perfect storm, in a good sense: You have the president talking about it. You have the technology available,” says Stephen Teret, a law professor at Johns Hopkins University who has studied smart guns for more than three decades. “And now, for the first time, you have good data showing that 59 percent of the American public would consider buying a personalized gun.”

Teret is referring to a recent study of 4,000 Americans that found, across the political spectrum, 59 percent of those polled are interested in smart handguns, including 56 percent of self-described conservatives. He and his co-authors were quite taken aback by the response. The only significant counterpoint of data comes from a 2013 NSSF study that found only 14 percent of purchasers would buy smart guns. The questions that prompted those answers, however, were never made public. (And, in Teret’s eyes, that poll wasn’t particularly discouraging, either. If General Mills could pitch a breakfast cereal to 14 percent of kids, those charms would be the luckiest around.)

If Americans want them, and the technology is here, why can’t you buy a smart gun? Though diehard gun enthusiasts might blanch at the thought of owning a smart gun, what’s so threatening about a smart handgun sitting next to a dumb gun at Walmart? We are the country that abides by the principle that the consumer is both always right and packing heat, after all.

The reason why not is twofold: recent history and gun culture. Imagine it’s the ’90s, Bill Clinton is president, and states have just won a bunch of money from the tobacco industry. (The argument being that cigarettes harmed citizens on Medicaid and Medicare, so the states could seek redress.) Flush with this victory, a few enterprising government bodies went after gun makers.

One of those companies, Smith & Wesson, wanted out of the lawsuit, so it capitulated to pressures from the federal government. It promised to keep a closer eye on how Smith & Wesson guns were being sold at the retail level, and to alter a few designs to be childproof.

The rest of the country’s gun makers, observing what was taking place, gave consumers the ammunition to boycott Smith & Wesson. As a result, the company lost purchase orders, shut down factories, and was eventually sold to new owners.

In Teret’s imagination, the next scene plays out like something from The Godfather. Smith & Wesson goes before the industry, prostrates itself, and the gun manufacturers express their cotton-cheeked disappointment. “The industry said, ‘OK, you can come back into the good graces of the trade association,’” says Teret. Under new management, Smith & Wesson leaves the smart guns and gets its cannoli.

American manufacturers continued selling riffs on the 30-year-old Glock or the 100-year-old 1911 Browning pistol. (The R&D expenses of a traditional gun maker, next to something like an auto manufacturer, are minuscule — which is why developing RFID or biometric smart guns threaten overall profits.)

Other gun makers around the world, however, have no such constraints. The German-made Armatix iP1 .22-caliber pistol, designed in 2006, won’t fire unless the owner is wearing an electronic wristband.

Here’s where Second Amendment culture raises its ugly mug: Two American retailers tried to bring the Armatix across the Atlantic last year. Rather than interested buyers, what they instead received were death threats. Not from anti-gun activists, but from those claiming to represent the gun community.

The anger stemmed from a law — Teret helped write it — on the New Jersey books. Under the law, once a smart gun goes on sale anywhere in the United States — which hasn’t happened yet — and the New Jersey attorney general approves the weapon, you will no longer be able to buy non-smart handguns in the Garden State within three years.

This legislation has made the New Jersey market ripe for disruption, and also acts, in Teret’s words, like “a terrible bone in the throat of the NRA and the NSSF.” One of the retailers, based in Maryland, received threats on his life and that of his dog. Both sellers withdrew their smart gun bids.

Despite the hurdles and the history, Teret believes we’re on the cusp of a sea change. “It used to be the that the leaders of the gun industry had guns as their religion,” he says. “These were people who loved guns, who literally lived and died by guns.” Today’s gun CEOs are a different breed, graduates of business schools where ivy grows on exposed brick. Their religion may not be guns so much as profit.

If their strongest motivation is not what they perceive to be preservation of the Second Amendment but return on investment, they will be motivated to make the change,” Teret says. “Especially when they see there’s such an untapped market.”

With an estimated 33,000 gun deaths in the United States in 2014 — 500 of them unintentional — it might be in the interests of gun companies to start selling firearms that keep their loyal customers alive longer.