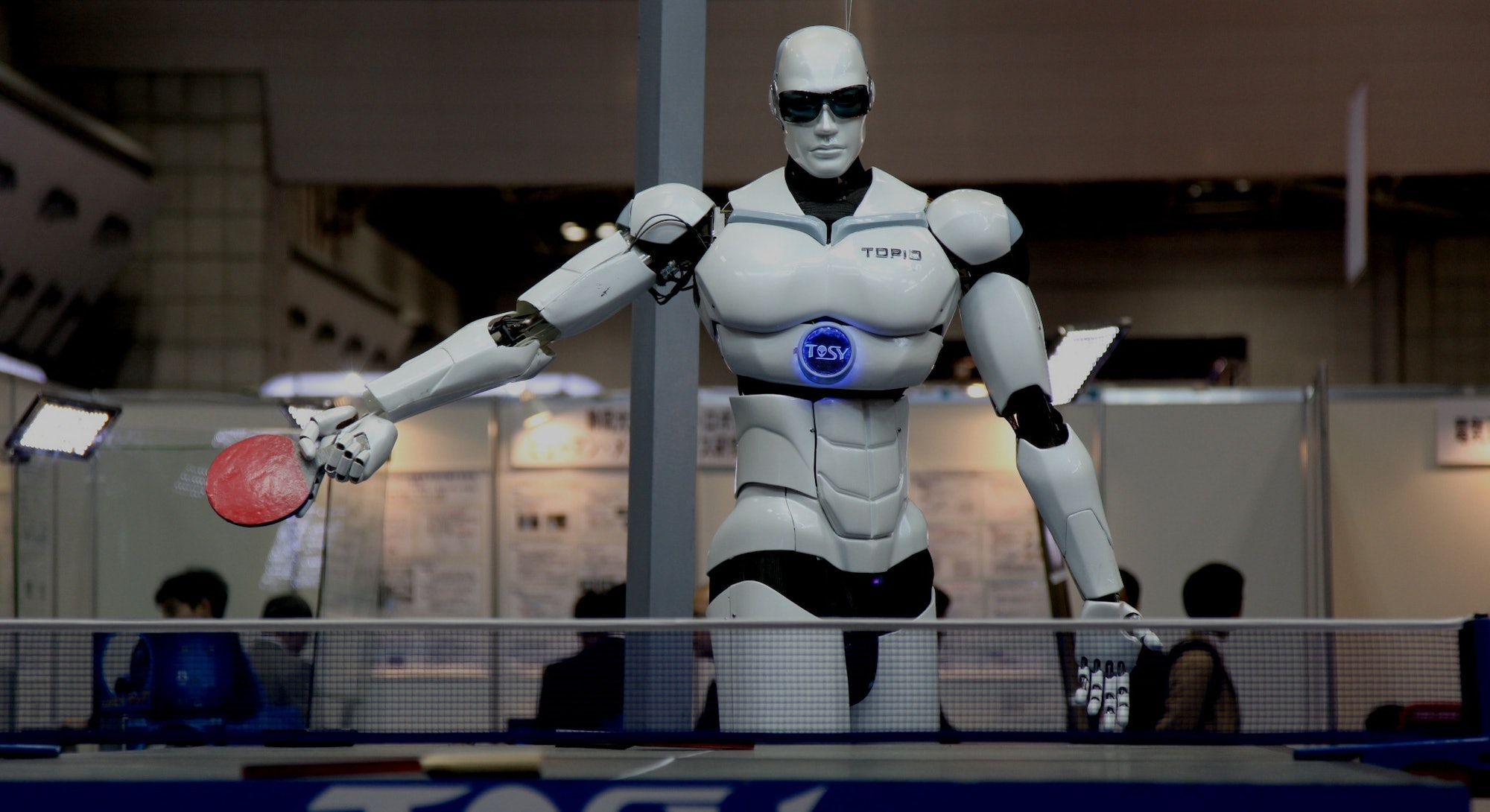 Concepts of robotics have been floating around the human consciousness since 3500 BCE. Centuries before the term “robot” (literally, “forced labor” in Czech) was coined, philosophers, engineers, and mathematicians attempted to build analog mechanical creations called automatons, capable of mimicking organic function.

It’s important to point out that automatons are specifically not robots in the way we understand today; under most modern definitions robots need both electricity and some sort of artificial intelligence. In fact, most automatons of yore are closer to puppets than the robots we recognize today, but we can’t underestimate the influence automatons had on the development of the latter. It was through automatons that concepts of a robotic work forces, sentient androids, and even mechanical organs were predicted.

The Greeks were heavy into the concepts of automatons. As far back as 420 BCE, Greek engineers developed rudimentary automatons propelled by compressed air, steam, and hydraulics. The great mathematician and engineer Hero of Alexandria is said to have created a number of automata for religious and ceremonial purposes; most were not in human form, but were machines able to perform basic functions (such as opening gates) or decorative objects like clocks or mechanized dioramas.

Perhaps the most important Greek contribution to the future of robotics was not the mathematicians or engineers, but the philosophers and storytellers. Greek mythology gives us early recorded references to automated machines serving gods and men alike: the Greek god Hephaestus is said to have created “Golden Servants” that were something like robot butlers.

A couple of millennia before Asimov came up with his Three Rules of Robotics, Aristotle envisioned a world where the automatons could evolve into a practical labor force capable of changing the world as he knew it: “If every tool, when ordered, or even of its own accord, could do the work that befits it … then there would be no need either of apprentices for the master workers or of slaves for the lords.”

Da Vinci and the Vitruvian Canon

While automatons (much like reading, writing, and bathing) took a hiatus during the Dark Ages, the 1200s saw a rebirth of interest in mechanical sciences. Kurdish inventor Al-Jazari created a number of functioning automatons using complex systems of cams and camshafts and even authored what is thought to be the first book on the subject. And while most of his creations specifically did not take any sort of humanoid form, it is thought that his works directly influenced Leonardo da Vinci. Unlike Al-Jazari, da Vinci saw the potential of the automaton in humanoid form. In fact, many da Vinci scholars believe his interest in automatons was specifically fueled by his interest in anatomy.

While his robotic knight likely never made it past the sketchbook, it is clear that da Vinci modeled his automaton after his own understanding of the human body: gears and wheels replaced joints, while cables and pulleys replaced tendons and muscles. From modern reconstructions built from da Vinci’s blueprints, it’s clear that da Vinci’s design gave the knight unprecedented articulation: the knight could stand up, sit, down, possessed a range of motion in the arms that echoed the famous Vitruvian Man, and even had an anatomically correct jaw structure. There were human-like automatons that predated da Vinci’s sketches, but the knight signaled the earliest and most complete attempt at a fully humanoid creation.

In the early 17th century, French engineer Jacques Vaucanson was renowned for his work with automatons. By age 18, he had already invented machines capable of serving dinner and clearing the dinner table. And while his automated waitstaff was a hit at the time, his most important contribution to the future of robotics was a mechanical duck that would eat seeds and then poop them out (seriously).

In fairness, the thought of what French philosopher Voltaire dubbed “shitting duck of Vaucanson” may seem like a novelty, but in terms of the future of robotics, his mechanical fowl was an incredibly important step. Where da Vinci sought to emulate muscular and skeletal structure, Vaucanson sought to find a mechanical way to recreate rather mundane internal processes. After all, if it’s possible to replicate a digestive system, then it would be possible to create mechanical replicas of other internal organs. Now, 250 years later, robotic replacement organs are saving lives (and creating new bionic ones).

In the 1770s, a German inventor named Wolfgang von Kempelen built a chess playing automaton for Archduchess Maria Theresa of Austria. Even for automata of the time, the “Mechanical Turk” was fairly underwhelming. It was roughly constructed, its movements were stiff and jerky even by contemporary standards, and its expressionless wooden face skeeved out the Archduchess.

However, von Kempelen’s automaton played a mean game of chess. Not only did it handily beat the members of Maria Theresa’s court, it even had a routine move when it caught an opponent cheating — it would move an errant piece back and after multiple infractions knock all the pieces off the board. The mechanical chess player was such a success that after the Archduchess’ death, von Kempelen’s successor Johann Maelzel took his mechanical chess player on a number of highly successful tours across Europe, where it is rumored the Turk beat Benjamin Franklin dead-to-rights and even caught Napoleon cheating in an exhibition match.

If the tale of the Mechanical Turk seems too good to be true, it’s because it is: there was indeed a master chess player hiding inside a hidden cabinet who could monitor the board through series of mirrors and operated the Turk’s arms with a rudimentary set of levers and gears. Though the chess-playing automaton was a total scam, it did have an unexpected impact of the future of artificial intelligence.

In 1819, an exhibition was attended by a young mathematician named Charles Babbage, who raved about a machine which could be programmed to execute such complex operations. Three years later, Babbage created his first difference machine (a giant, steam-powered calculator) and then famously went on to team with Ada Lovelace to develop the Analytical Engine, which is credited as being the first example of a functional computer language, and thus perhaps the first precursor to A.I. as we know it. Artificial as the chess robot was, it sparked some genuine intelligence.