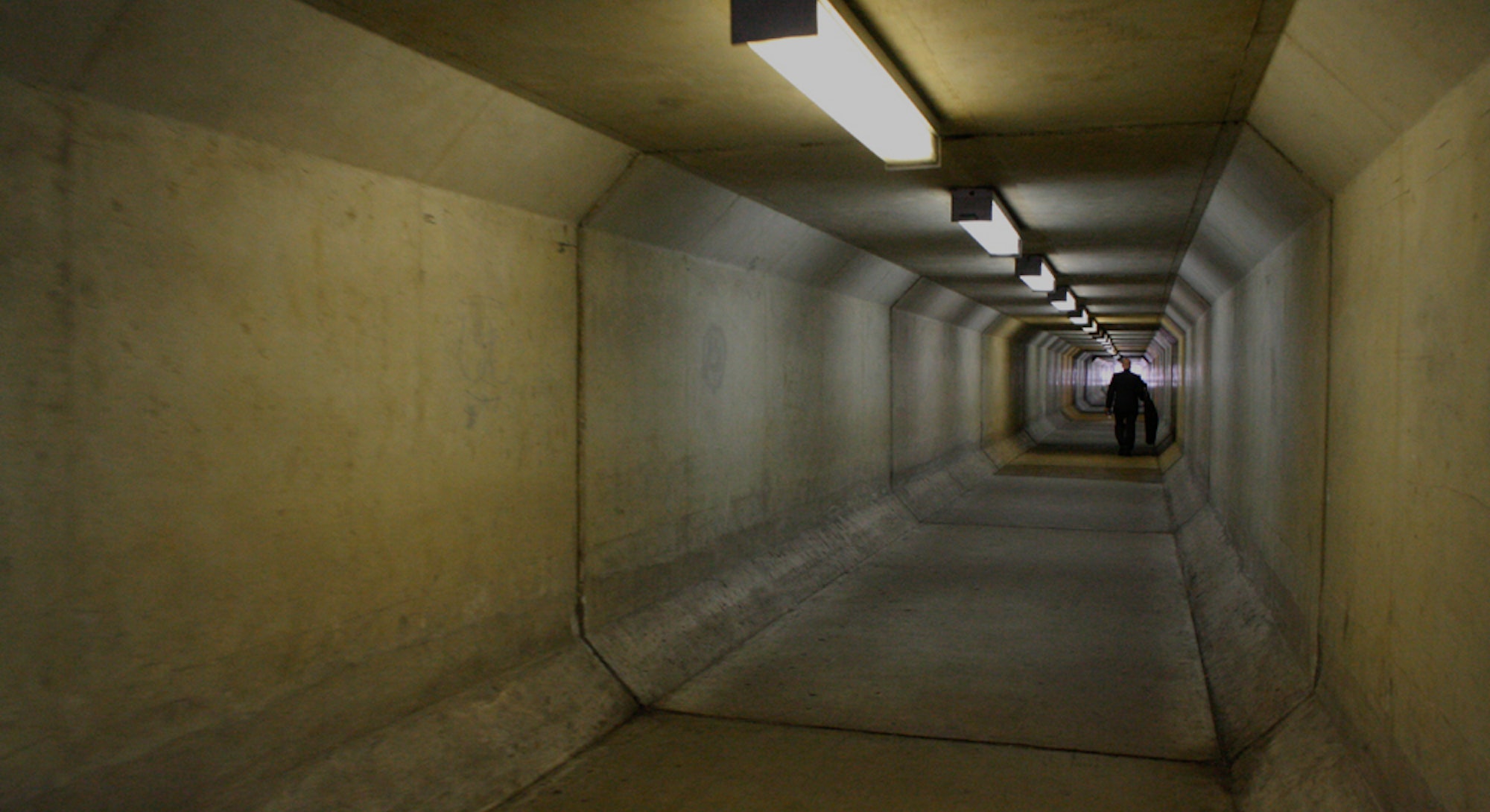 The United States has, along with Russia and China, entered a period of sustained, intramural proto-wars in smaller countries around the world. Military experts call this the new conflict areas the “Gray Zone” and expect to see persistent hostilities for the foreseeable future.

How does the Pentagon want to fight war in the Gray Zone? With creepy mannequins, X-ray goggles, and virtual reality stakeout programs.

And it’s not as though the Defense Department is being circumspect about this stuff. The wishlist announcement came from the Combating Terrorism Technical Support Office (CTTSO), which issues an annual report telling defense contractors exactly what kind of counterterrorism gear they’re looking to buy in the coming year. The report was very specific.

The desired X-ray-vision-style device would allow a soldier to locate “drug and weapons caches concealed in the floors and walls of building and underground municipal infrastructure.” Listed under “performance features” is the requirement that the tool be able to “penetrate man-made and natural debris and obstructions typically found in the operational environment (e.g., trash, dirt piles, differing types of rocky terrain).” Now would be the time to reinforce your stash room.

Beyond the X-ray specs, Defense One notes that the wish list contains such goodies as: a helmet with a heads up display for a bomb squad member to monitor their oxygen levels (think RoboCop or Terminator vision); a FitBit-like device for soldiers that would relay health status to a commander automatically; and portable gunshot trackers.

There are dozens and dozens of other requests in the announcement, though, which run the gamut from creepy to terrifying to totally sensible.

Perhaps the most futuristic-sounding request from CTTSO is a virtual reality training program set in a digital, 15-square-block city environment. “Students will be immersed into realistic, city-based training scenarios,” the proposal reads, including, at minimum, a physical surveillance scenario – e.g., a stakeout, or tailing somebody.

The game needs to be compatible with commercially available headsets like Oculus Rift, and have options for review and playback after a scenario is finished. For depth and realism, the neighborhood will have to have a range of environments, including private homes, office buildings, stores, supermarkets – all of which players will need to be able to enter. The proposal calls for law enforcement at local, state, and federal levels to have access to the virtual training, which could presumably incorporate any number of disaster scenarios down the line.

The announcement isn’t all about software, though. On a practical level, the Pentagon is placing a great deal of emphasis on developing new, better forms of armor for soldiers. The United States has been deploying special operations forces constantly for the last 15 years; they’re the ones who do most of the shooting and getting shot at. Now, they want a full-coverage helmet to protect their heads from all those bullets. “Increased head protection could exponentially increase the survivability of operators in high threat environments,” the CTTSO notes. They’re additionally asking for what Defense One calls “Batman armor” —lightweight, flexible plates that are also bulletproof.

Along the same lines, the CTTSO calls for new and improved methods to test whether body armor fits female soldiers properly and gives adequate protection. “Current body armor testing protocols do not adequately address shape and curvature of armors intended for use by female wearers, primarily in the bust area,” according to the CTTSO report. In December, Secretary of Defense Ash Carter opened up all combat roles to women – if they meet the same criteria as males soldiers – which means in the coming years many more women will need bulletproof vests they can count on.

The product that would most easily transfer to a civilian, non-law enforcement context is also the creepiest. The CTTSO asks for “a ruggedized, low maintenance mannequin for practical medical skills training related to traumatic injuries and chemical exposure.” The full-body, human-like model will “incorporate realistic responses such as blood flow, changes in pupil dilation, discolorations of skin, and blister development.” It should also have a realistic spine, head, jaw, teeth, and a reusable tracheotomy simulation site. Terrifying to see in a dimly lit room, sure, but it would also be an invaluable tool for med students and first responders everywhere.

It’s far from clear, of course, if anyone will be able to deliver the items on this wish list. Also unclear is how much of an effect any – or all – of these items would have in the continuing war on terror. Will the world at large be a safter place with a bunch of new war gadgets? It seems unlikely.

After spending a few hours looking over the CTTSO report, I started to wonder what other U.S. agencies will issue a wish list. Turns out the National Transportation Safety Board puts out an annual “Most Wanted List of Transportation Safety Improvements.” What are they asking for? For one, to promote collision avoidance systems and automatic brakes in commercial vehicles. They also want to strengthen seat belts, carseats, and other forms of occupant protection.

For a federal agency’s wish list, you can’t get much better.