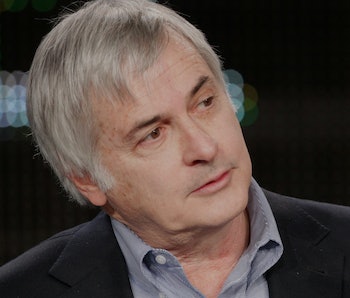 For over 15 years now, Seth Shostak has overseen the search for alien life from the SETI Institute’s Mountain View headquarters. Shostak, who was recently awarded the Carl Sagan Prize for Science Popularization, sees his work as scientifically critical and culturally paramount. The search for extraterrestrial intelligence has traditionally helped build and contextualize excitement for other space sciences. In a sense, Shostak’s job is to survey the stars. In another sense, his job is to help people understand the potential upside of that activity: the ultimate discovery.

Inverse spoke with Shostak about the award, the evolution of SETI research, Carl Sagan’s legacy, and why the prospect of finding alien life is more exciting and realistic than ever before.

What are some of the big challenges you run into when talking to the public about astronomy and SETI? Who do you find yourself talking to?

Normally I give 50 to 60 talks a year, so that’s like once a week or something like that. I’m also a lecturer on things like tours and cruises, where you reach a lot of the general public. I normally talk about science, sometimes about history. More particularly, astronomy and SETI.

Where you do hit a hurdle is when you do have to give a talk to a non-self selected audience because then they may or may not be interested but they’re forced to be there. The local rotary club, for example… That also applies to schools. I usually accept any of those invitations, as long as I don’t have to go very far, because I think talking to kids is a different business than talking to adults. You talk to an adult, they like it or not, but a couple hours later they’re back to where they were. But with kids that’s not true.

Describe the evolution in SETI research over the last few years. It seems your work is being taken much more seriously by the public, which might have been skeptical before. Why would you guess that is?

I think that you’ve probably hit on it. The public interest is interested in aliens for the same reasons the public is interested in dinosaurs. You’re probably hardwired to be interested in both those things. If you don’t have interest in that, if you don’t care about the things with big teeth that live near your cave, you might not care to stay and live in the same gene pool. For aliens, it’s similar: If there’s another tribe on the other side of the hill, it pays to know about those guys because they might be competitors, they might be mates.

I think the intrinsic interest is there. I think there may be truth to SETI being taken more seriously by the public and it may be a consequence of the discovery of exoplanets filtering down to the public.

When it comes to 2015, what were the biggest accomplishments made in SETI research?

Well in the past year obviously there was a breakthrough initiative from the Listen initiative. That’s not going to affect us at the SETI Institute unfortunately, because that $100 million all goes to the Berkeley SETI Research Center. So the big discussion around here is about where are we going to get our funding? That’s a perpetual problem ever since federal funding was cancelled in 1993. Ever since then it’s been running on donations. It’s not a very expensive thing, but on the other hand it’s hard to raise so many donations. So that’s a perennial problem.

In terms of the science, we now know three or four other planets that might be potentially habitable. They look like they might have the conditions necessary for life. You could say that’s a big step forward. It is, but not because you can aim your antennae at these planets, which we could always do. With increased potential for habitability, there’s a bigger chance something alive exists there. You could have aimed your telescope to Europa for most of its four and a half billion years of existence and not picked up a thing.

It turns out the percentage of worlds that could sustain biology is reasonably high. In fact that’s the picture that has come into focus in the last year. There’s some papers that estimate the frequency of habitable planets, planets that could be somewhat similar to Earth. If you look at 10 stars on average, maybe one of them has a planet sort of like Earth. That planet number is definitely uncertain, but it’s a substantial fraction. One, five, 10, 20 percent of all stars are likely to have a planet that you can build condos on and I think that’s an encouraging thing for studying. When I started we didn’t know if there were any planets out there, let alone any that were good.

What do you think the future holds for SETI? What are you hoping to see in the next year?

Well, obviously, the first thing I’m going to say is I’m hoping we get some money here so that we can continue. SETI’s always on the edge of coming apart for a lack of money. It’s a very iffy thing because you can’t guarantee success, but what you can guarantee is that if you do have success it’ll be one of the biggest stories ever. It’s one of those dark horses in the science race — you just need people to bet on it. So monetary priority is number 1.

We also built new receivers for the Allen Telescope, which is what we use in our experiments and we can use that everyday. That gives us the opportunity to do experiments where we take a certain class of stars which we think might be better for having habitable worlds and look at tens of thousands of them. Nobody’s been able to do that in the past! No one’s been able to look at tens of thousands of targets in a reasonable amount of time. How many of them have technological biology? That’s going to be a considerably lower fraction.

There are a trillion planets in the Milky Way and it strains my credulity to think they’re all sterile. I don’t buy into that. We really won the lottery and I never win the lottery! I think the big thing is to be pertinent in not only receivers but also the number of channels a receiver can monitor. It’s thousands now, but then it’ll be tens of millions and then hundreds of millions. That means that the experiment keeps speeding up. That’s just technology and that’s what gives me hope that in the near future we’ll be able to look at near star systems and pick up a signal.