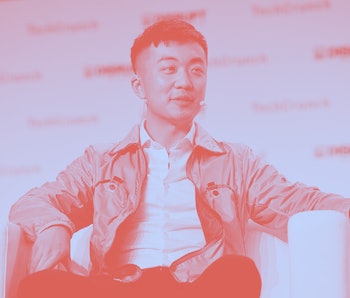 On the back of news that it has acquired defunct smartphone maker Essential comes an announcement from Carl Pei that Nothing, his fledgling electronics brand, will offer the public a chance to invest. The OnePlus co-founder announced the new company in January and says it will release its first product, a set of wireless earbuds, sometime in the summer.

"Usually the community has to wait for an IPO to invest, but by that time, the valuation is already high," said Pei in a tweet. "We are inviting you to own Nothing from the very beginning, at the same price as our Series A, and be on board for the entire ride."

Nothing is Essential — It's unclear why Nothing acquired Essential. The move was first discovered in filings seen by 9to5Google. The smartphone brand started by Android founder Andy Rubin collapsed after the unsuccessful launch of its first smartphone, the PH-1, and allegations of sexual harassment by Rubin came to light. Essential may have patents that would be valuable to Nothing, however, as it was developing smart home gadgets before it folded.

Individuals who want to take a bet that Pei's second act will be as successful as his first will be joining some high-profile investors, including Google Ventures and Reddit co-founder Alexis Ohanian, who have thus far invested more than $22 million into Nothing.

Sorry, Americans — Before you get too excited, however, investing in Nothing is off-limits to Americans, thanks to U.S. regulation limiting corporations to raising just $1 million from everyday Americans — less than the $10 million in interest Nothing has already received from the public.

The investor community has long argued loosening U.S. investment requirements so anyone can invest so long as they understand the risks involved. Crowdcube, the platform hosting Nothing's public fundraise, says that residents of Canada, Japan, and certain other countries are also not allowed to invest.

As Pei notes, technology companies often take money from wealthy investors for years before they go public, meaning regular people don't have a chance at investing at the ground floor when the potential returns are greatest.

That Nothing has received $10 million in interest from the public speaks to the strong reputation Pei developed at OnePlus, where he pumped out a series of no-nonsense Android smartphones that offered strong specs at prices competitive to major players like Samsung. He said in a previous interview that he hopes Nothing will use custom-built components for every piece of hardware it releases — potentially revealing the strategy for making his latest company stand out.