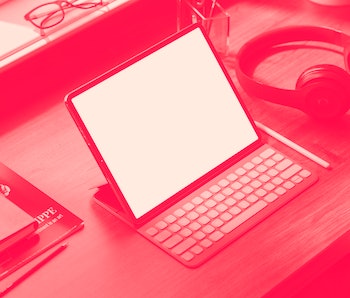 Apple has registered an unreleased iPad in the Eurasian Economic Commission’s database, a signal in previous years that the company is set to launch a new product. Little is known about the new tablet, but it comes as rumors swirl of a major upgrade to the tablet’s camera and augmented reality features.

The filing, spotted byMacRumors on Monday, references a tablet with the model number A2229 running iOS 13. Although it’s a small tidbit, filings in this database previously revealed the Apple Watch Series 4 and third-generation iPad Pro ahead of their respective launches in late 2018.

The filings don’t always suggest an imminent launch — An April 2018 iPhone registration led to speculation the company would launch a low-cost phone in the months after the iPhone X launch, but the model numbers eventually emerged on that device’s successor five months later.

Nonetheless, the news comes at a time of high anticipation for the iPad, as rumors continue to circulate about Apple’s next moves for the tablet. Analyst Ming-Chi Kuo predicted in January that Apple would launch an update for the iPad Pro in March. This new model would feature a triple-lens camera system like that found on the iPhone 11 Pro, but would also pack a 3D sensor system ideal for augmented reality applications.

Reality, augmented — The new 3D sensor could bring augmented reality apps to all-new levels. Apps like Snapchat and Pokémon Go use augmented reality to superimpose virtual objects onto the real world. Apple is rumored to be developing an augmented reality app for the upcoming iOS 14 release codenamed “Gobi,” which would enable consumers to call up more information about products in-store.

Details of the sensor are unclear, but Bloomberg reported in January 2019 that it would use a laser-based time-of-flight sensor. These send out a laser and measure the time it takes to return to calculate an object’s distance. A similar technology is used for the front-facing TrueDepth sensor that powers Face ID, but this scanner is expected to work up to 15 feet from the device. A similar sensor is also rumored for this year’s flagship iPhone devices.

Dominating the augmented reality sector is a long-term goal for Apple. In June 2017, CEO Tim Cook described the technology as "profound." The company has helped support such apps since iOS 11 in 2017, when it rolled out the “ARKit” set of developer tools to make it easier to build augmented reality-powered apps. Apple is also rumored to be developing a set of wearable augmented reality glasses.

With the next iPad, Apple could take another decisive step toward this goal.