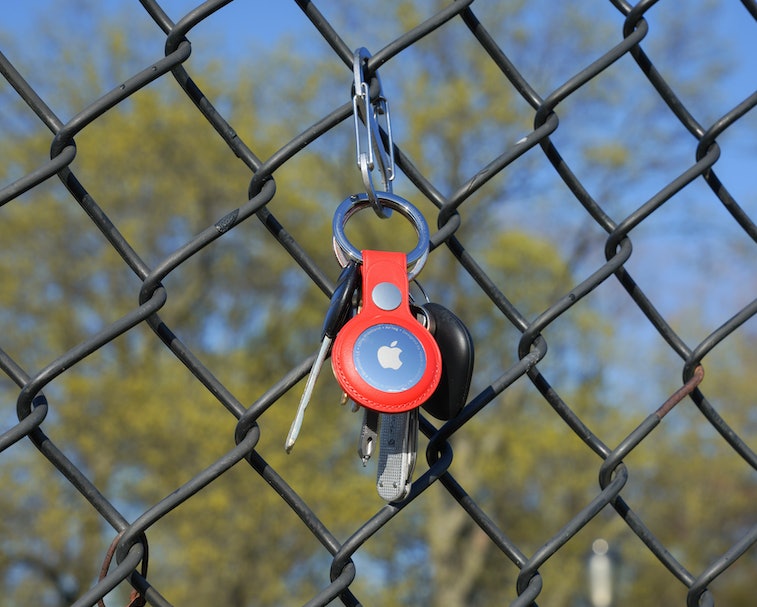 Following reports that AirTags are being used for purposes of stalking, Apple today outlined new features that should (hopefully) make the product safer for use. Those measures include Precision Finding, an updated alert scheme, and increased volume of unwanted tracking sounds.

“AirTag was designed to help people locate their personal belongings, not to track people or another person’s property,” Apple said in a Newsroom post, “and we condemn in the strongest possible terms any malicious use of our products.”

Apple is planning four distinct AirTag updates this year, each of which should make it significantly easier to identify and disable unwanted AirTag tracking. That starts with Precision Finding, a feature that will allow the iPhone 11, iPhone 12, and iPhone 13 to see the exact direction and distance to an unknown AirTag when it’s within range.

Whether or not these updates will reduce AirTag abuse remains to be seen. The updates are thoughtful; it’s a refreshingly serious take on safety from Apple.

A more comprehensive alert scheme — When Apple first introduced AirTag safety features back in November, the new alert system for unknown AirTags were quickly criticized by experts and the general public. An unknown AirTag wouldn’t start chirping until between 8 and 24 hours after it had been separated from its owner — kind of a long time, if you’re being stalked.

Now Apple says that alerts will begun appearing “earlier” after separation. (How early, exactly, has yet to be revealed.) That alert sound will now chirp at the loudest possible tones, too, making it easier to physically locate the device.

Once an AirTag begins emitting that sound, any iPhone, iPad or iPod touch will display an alert, too. You’ll then be able to click through to Precision Tracking and figure out the rouge AirTag’s exact location. That alert redundancy should make it much easier to detect “silent AirTags,” too. If you’re not on Android, that is.

Finally getting serious — Activists and media organizations alike have been sounding the alarm on AirTag’s safety problems for many months now. The National Network to End Domestic Violence (NNEDV) first worried publicly about AirTag’s potential exploitation problems just a week after the device was released.

In the months since, Apple has attempted to make its new item tracker more helpful than it is dangerous. Some of these attempts have been more successful than others; none have been enough to stop misuse in any meaningful way.

The outline in this week’s Newsroom post lends credence to the idea that Apple is genuinely working to find solutions to the safety problems it introduced into the world. Besides these new product updates, Apple says it’s also actively working with law enforcement by connecting an unwanted AirTag to its owner.

"The alerts system Apple has notifying potential victims of any unwanted tracking has helped shine a light on a problem that existed long before AirTags came on the market,” Erica Olsen of the NNEDV said in a statement. “We are happy Apple is engaging in the conversation about victim safety and are continuing to improve safeguards. We hope others will follow their lead."

This won’t be the end of Apple’s battle with its own tracking devices, though. The company’s Android app for detecting unknown AirTags is still mediocre at best. And this week’s roadmap doesn’t mention Android users at all.