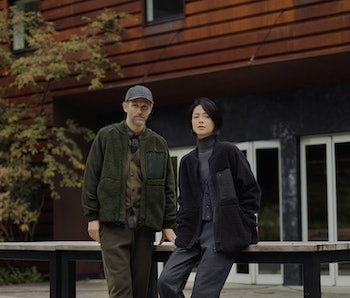 Back in 2019, Uniqlo partnered with Engineered Garments to create the most affordable “must-have” fleece of the season. The patchwork full-zip sold for just $50 a pop and become an unlikely sensation amongst streetwear enthusiasts just as the outdoor trend began to come into view.

Even now, two years later, the fleeces are selling for more than twice the original cost on StockX as the most expensive Uniqlo item you’ll find on the resell platform. But if you missed out the first time, Uniqlo is running back the same formula with another cult brand with roots in Japan.

White Mountaineering, a gorp-influenced streetwear brand launched in 2008, is partnering with Uniqlo for the first time to launch a small run of winter outerwear. And even though it’s cheap, dudes with the budget to spend much more will still be hurrying to secure the minimalist and slightly off-kilter fleece.

Your winter cheat code — Fashion and streetwear’s obsession with gorp looks to have at least another year ahead in the books, and the most quintessential item of all is the fleece jacket. White Mountaineering and Uniqlo’s take on the full-zip silhouette situates it at the intersection of a military-issue bomber jacket and noragi with layered fleeces of differing pile. More straightforward is the quarter-zip, which features tonal earth colors and two distinct pockets at the front instead of kangaroo style.

A quilted ultralight down mid-layer also culled from military style will come in men’s sizes, while an oversized parka with dual zippers and a cape-like design on the rear is cut for men, women, and children. A drapey mockneck fleece with ribbon side ties is technically the lone women’s only release — but anyone with advanced drip should have their eye on it for the colder days ahead.

Uniqlo won’t drop its White Mountaineering collab in-stores and online until November 1, but it’s already planted a flag for winter with its affordable and upgraded basics. Prices will run from $40 to $150 for the adult apparel, and you’ll have a hard time spending less on anything equally stylish for the season.