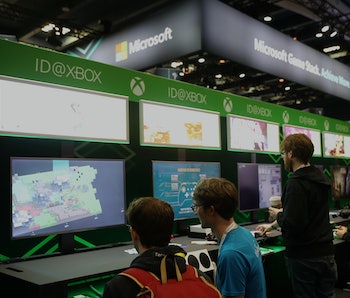 Microsoft will not be attending next month’s planned Game Developers Conference (GDC) due to worries over COVID-19 (the novel coronavirus). The company will instead host a digital-only event between March 16th and 18th — during GDC — on its Gamestack blog. The future of this year's GDC is very much up in the air.

After a close review of guidance by global health authorities and out of an abundance of caution, we’ve made the difficult decision to withdraw from participating at Game Developers Conference 2020 in San Francisco. The health and safety of players, developers, employees, and our partners around the world is our top priority.

Epic Games also announced today that it will not be attending GDC. The company has made no mention of a digital-only event.

Lots of big names won’t attend this year — Microsoft is not the first to drop out of the conference, either. Last week Facebook and PlayStation both announced they wouldn’t be attending, and earlier this week Kojima Productions pulled out, too. PUBG Corp has also said it will not be attending.

Could we have another MWC on our hands? — This month, the much-anticipated Mobile World Congress was canceled for similar reasons. The event wasn’t officially dismantled until we’d already watched many of its largest vendors drop out one-by-one — officials waited in hopes of some partial return of invested funds. That pattern could be repeating itself with GDC.

With some of its biggest names dropping the event altogether — and others sure to soon follow suit — it will be difficult for GDC’s organizers to keep the event running.