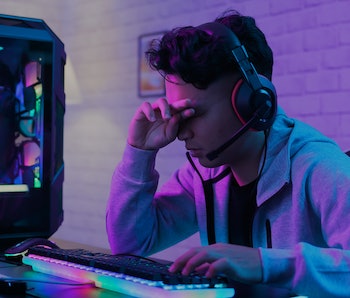 Gambling laws vary state by state, but online wagering on video game outcomes has presented a lovely, not-so-little gray area to exploit, especially in a year finding large sections of the population socially distancing themselves for months at a time. To make matters more complicated, these betting loopholes are often being taken advantage of by minors, and sometimes with their parents' bank accounts along for the ride.

Gambling away their potential inheritance — According to a report from Business Insider earlier this week, video game wagering companies like Players' Lounge, Play One Up, and Checkmate Gaming (CMG), have seen massive increases in site traffic and revenue over the course of 2020 (Players' Lounge, for example, saw a 50% leap in new users between March and April, at the quarantine's onset). The conceit for these businesses is simple: users can bet one another sums ranging from $1 to sometimes $500 on the outcome of games like Fortnite, Call of Duty, and Madden NFL, then recoup winning profits after their service-of-choice takes its predetermined percentage cut.

The problem is, often the money being ponied up doesn't belong to the actual player, but to their parents. Sometimes, players have lost as much as $10,000 of mom and dad's cash. Due to lax and inconsistent age verification methods, these situations don't seem to be going away. It's also not exactly in services' interest to close the loophole.

"As with so much on the internet, there are varying efforts to ensure users are who they say they are, raising concerns that the sites offer an attractive and comfortable setting for kids to engage in gambling-like behavior at an early age," reads the Business Insider piece. "For video games, a multi-billion dollar market with dedicated users spanning all age groups, the boundaries between entertainment and betting are not always obvious."

Legal gray areas aren't helping — While most of these sites currently operate within a legally nebulous zone when it comes to gambling and sports betting laws, that doesn't change their measurable psychological effects. As it turns out, your brain doesn't really care one way or the other if an action technically isn't gambling — it still produces the same chemical effects as pulling a slot machine lever or betting on blackjack. Each wager offers "exchange of money; winners at the expense of losers; a future event determines the exchange of money with a result determined partly by chance; and losses avoided by not taking part."

While there don't appear to be any concrete solutions available at the moment, maybe some of competitive gaming's biggest titles will solve the problem for us. After all, Epic Games still seems intent on making Fortnite difficult to play for millions of fans...