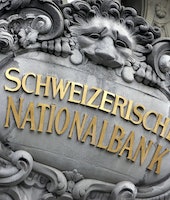 The value of the Swiss National Bank's holdings in AMC Theaters at the end of Q3 2021.

Earlier this year, modern capitalist economic theory got trolled hard by Redditors, and it was a very confounding, inane, occasionally amusing time for many of us. And while the memetic fever surrounding dumping a bunch of money into floundering corporations appears to have at least abated somewhat, recent financial disclosures offer the surreal realization that the online “if not, why not?” attitude has spread to some of the most influential banking institutions in the world.

According to its Q3 filings, the Swiss National Bank owned close to 2 million shares of AMC Theaters valued at $75,482,000 as of September 30, 2021. That’s nearly a 140-percent increase in its shares from the previous quarter (implying it got in on the r/WallStreetBets frenzy on the ground floor), alongside a hefty 58-percent increase in value.

Swiss National didn’t skimp on GameStop pumping, either, albeit it invested far less in it than the movie theater chain. Financial records indicate the bank owned 144,282 shares of GameStop Corp. valued at $25,317,000 at Q3’s close, a 17 percent increase from Q2, although with a slight drop in value...

Oh, and lest we forget: Palantir. Swiss National Bank owns a lot of the terrifying dystopian tech company’s stock, too.

And we mean a ton of Palantir stock — Seriously, it’s pretty spooky to see the numbers for how much the Swiss Bank is putting into Peter Thiel’s nightmare-fuel tech corporation — we’re talking 6,067,400 shares of Palantir Technologies Inc. valued at $145,860,000 by the end of last financial quarter. This is the company that has made its own terrifying recent investments, leading us to wonder what in the absolute hell it knows that we don’t. Apart from the location and details of everyone’s scars and tattoos, that is.

Whatever it is, the Swiss Bank seems keen on backing Thiel’s Bond villainy. Given its other chaotic investments, however, this shouldn’t be all that surprising, we guess.