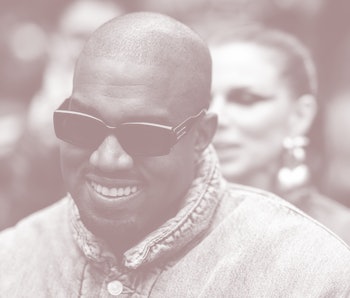 The artist formerly known as Kanye West took a break from shitposting about Pete Davidson last night to announce that Donda 2, the follow-up to his latest album, will only release on his Stem Player platform. Ye’s Instagram announcement name-drops Apple, Amazon, Spotify, and YouTube as problematic presences in the music industry.

“Today artists get just 12% of the money the industry makes,” he writes. “It’s time to free music from this oppressive system. It’s time to take control and build our own.”

West’s tirade against popular streaming platforms is timely, especially when it comes to Spotify. Unfortunately, though, it probably won’t be enough to force any change in the streaming industry. Or to sell many albums, at that.

The what player? — The Stem Player, which Ye first revealed the week of Donda’s release, is, well, a stem player — and a fairly impressive one, at that. The handheld device can be used to remix any song, with support for four-channel lossless audio mixing, real-time loop and speed control, and the ability to isolate any part of a song and turn it into a custom stem.

As far as Ye’s recent output goes, the Stem Player is a rare gem, full-featured and cute, too. But West is pushing it a bit by trying to turn this relatively niche hardware into an exclusive platform for his music. The average consumer probably isn’t ready to drop $200 on this handheld remixing device just to listen to one single album. The true Ye heads might, sure, but everyone else will probably just wait for it to be re-released on vinyl or something.

Streaming BS — West isn’t exactly known for prioritizing truthfulness in his daily life, but there’s certainly merit to his complaint here. The streaming industry is notoriously horrible at paying artists. Just about every major platform pays less than one cent per stream. Spotify, for example, pays $0.003 per stream — you’d have to play a single approximately 333 times just for the artist to make a dollar. Actually, Peloton pays the most per stream, somehow.

This is a very well-known problem, at this point, but most popular artists aren’t willing to speak out against big companies like Apple or YouTube. Of course, there’s also the possibility Ye is just latching onto this cultural moment in order to sell more Stem Players. He says there are currently 67,000 available, with 3,000 more being produced each day.