“A black square on social media isn’t going to cut it.” 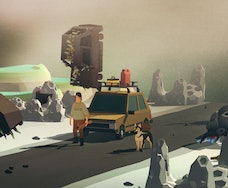 We’ve already written about Itch.io’s incredible gaming bundle the company put together to support the Black Lives Matter movement and the ongoing fight for racial justice, which previously was 740 titles for the outrageously low price of $5. Now the company is sharing numbers on the success of the campaign so far — which is staggering — and has added even more games to the mix.

As of Tuesday, the company has raised more than $3.4 million, and that number is only growing. The campaign has another 6 days to go, and Itch.io just keeps sweetening the deal. As of this writing, the package includes a total of 1,427 titles — a retail value of $7,891. Yes, you read that right.

As Itch.io creator Leaf Corcoran told Polygon, the decision to create this bundle was partially addressing the lack of action seen elsewhere in the gaming industry. “A black square on social media isn’t going to cut it. I wanted to find a way to use what we’ve built to do something that would really make a difference.”

It should be noted that this bundle continues to grow in size. Even now, more independent studios and creators are signing on to include their content in the package. These are not just fringe titles either. Critically acclaimed games like 2064: Read Only Memories, Overland, Celeste, Oxenfree, and many more are included here, as well as must-see fringe hits like the incredible, evocative titles of Puppet Combo. Yes, you do want to play The Glass Staircase and Babysitter Bloodbath — which are like if survival horror games and slasher movies on VHS had a beautiful baby.

According to Cororan, the proceeds from the bundle will be split between NAACP Legal Defense and Educational Fund and the Community Bail Fund, and even studios that have refused to participate in deals like this previously have jumped on board. Similar to what we’ve seen with smaller streetwear brands like Noah, Online Ceramics, and Brain Dead — that latter of which raised over $500K in just hours thanks to its fast thinking — what’s powering the movement around race and justice in the U.S. is truly a grassroots, community-led spirit. While larger brands circle around concrete statements and meaningful contributions, smaller, independent labels and creators are stepping up to directly address the injustice in America.

Luckily for the good-hearted consumers out there who may not be able to take to the streets (and / or are addicted to online shopping), bundles like the Itch.io package and the limited edition works of brands like Brain Dead make it easy to do good — and based on the groundswell of support, this movement is just getting started.