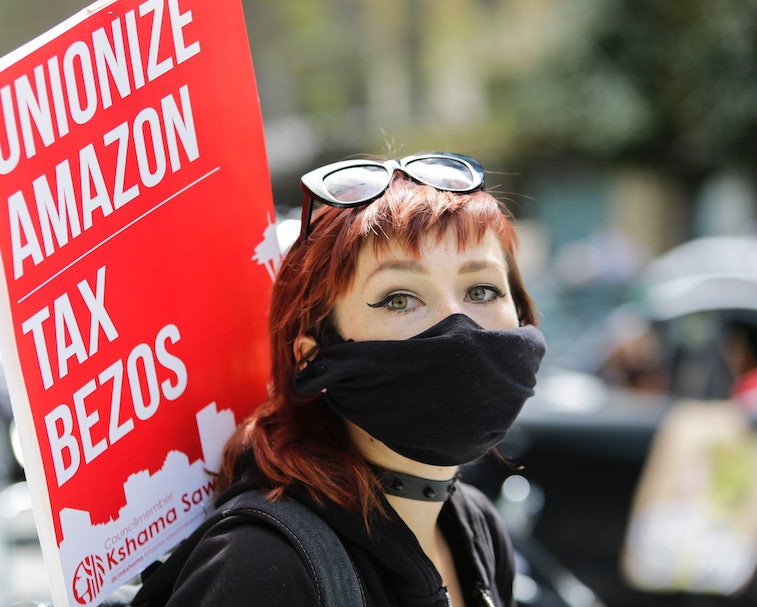 Amazon is trying to hire internal spies to watch out for unionizing initiatives. And it’s doing a very lackluster job of hiding it. Amazon is always hiring for something; that’s the benefit of running a business that devours everything around it. Some of those open roles are self-explanatory, such as “Customer Service Associate” and “Delivery Station Liason.”

Other positions take some reading to understand what, exactly, they entail — like the company’s open “Intelligence Analyst” positions, which sounds more like a CIA listing than one for an internet delivery company. A quick read-through of the position’s responsibilities explains the strange title: Amazon is hiring a corporate spy to report on any union-organizing activities.

This is by no means Amazon’s first foray into union-busting; the company has been exposed for its brash anti-union tactics in the past. But this is a new low, even by Amazon’s standards.

Amazon’s enemies are clear — The job listing, which was brought to the internet’s attention by Twitter user @jfslowik, was posted on January 6 of this year and last updated on August 7. It holds nothing back in describing the groups to be targeted by the so-called Intelligence Analyst.

“Analysts are expected to close knowledge gaps by initiating and maintaining engagement with topical subject matter experts on topics of importance to Amazon, including hate groups, policy initiatives, geopolitical issues, terrorism, law enforcement, and organized labor,” the job posting reads (the emphasis is ours).

In a separate bullet point, Amazon says the role will be responsible for deploying sophisticated searches on topics including “organized labor, activist groups, and hostile political leaders.”

Amazon apparently counts unions amongst its top enemies — right up there with hate groups and hostile political leaders.

How far does this go? — This listing is by far the most explicit, but others are listed on Amazon’s jobs page, too. One open position for a Senior Intelligence Analyst includes similar notes about organized labor groups.

Amazon isn’t even trying to hide its anti-union activities — even after being called out on said activities as recently as last year. In the past, the company has been exposed for including explicitly anti-union messages in manager training videos and hiring employee relations managers that have “significant experience in handling union organizing activities.”

These are only the positions we know about. How many others at Amazon are conducting surveillance on the hunt for would-be union organizers?

Of course they want to unionize — To be fair, Amazon has reason to worry over its employees forming a union because the company is renowned for treating its workers poorly.

Its attitude toward them has never been more clear than during the COVID-19 pandemic; since the outbreak of the virus, Amazon has been accused of punishing workers for taking hand-washing breaks, not providing paid sick leave to employees that contract the virus, not maintaining social distancing protocols at hiring events, and, of course, firing those who speak out against its less-than-sanitary business practices.

Color us extremely unsurprised that Amazon isn’t even bothering to hide its union-busting activities. We’ll add it to the ever-growing (and already very, very long) list of grievances we have against the company. Did we mention Jeff Bezos is worth more than $200 billion now?