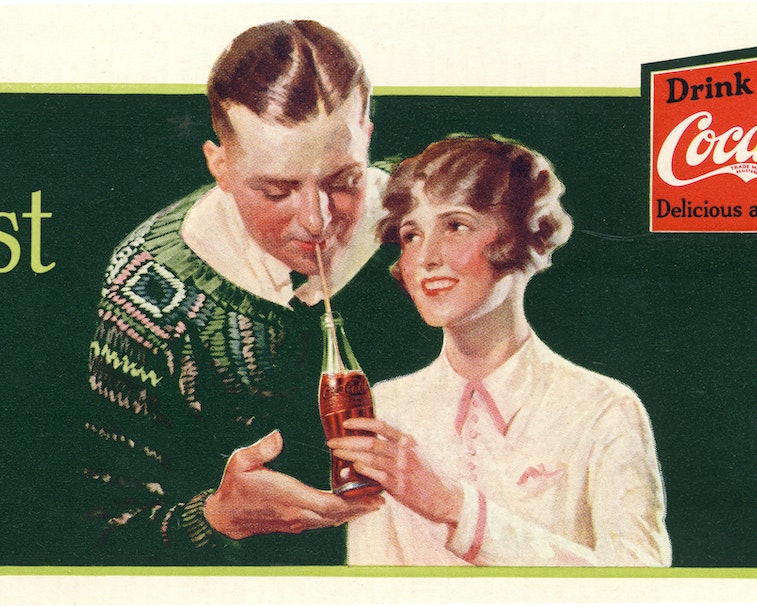 Given streaming giants like Amazon Prime and Netflix don't repeatedly bludgeon their viewers with ads because they rely on subscriptions for revenue, advertisers are struggling to find ways to make up for the lost income. According to the BBC, the advertising industry is now using technology to digitally perform product placement in existing shows and films retroactively, a horrifying prospect that could see “Rosebud” become “Dick’s Sporting Goods.”

A UK-based firm called Mirriad has already added billboards for Coca-Cola to a Chinese film, and Tecate beer cans to a music video from Colombian star Giovanny Ayala. These placements rely on new tech from Mirriad that’s able to assess the physical environment in videos and introduce new products "seamlessly," making it look as if they were always there.

Here’s what Mirriad’s method does. Consider this Chinese production sans a Coca-Cola billboard. The original image looks like this.

Here is Mirriad’s injected product placement version (notice the billboard on the left).

This kind of product placement could be used for practically any film or show, assuming of course studios or directors sign off on it. For example, imagine watching the Coen brothers’ film, No Country For Old Men. It’s that scene with drug mercenary Anton Chigurh sitting quietly on a couch in a vacant trailer, silently resting a glass of cold milk on his knee. What if, through Mirriad’s product placement technology, you saw a carton of Dean's Dairy Pure Brand on the coffee table, which isn’t shown in the original film? Would this compromise the story’s authenticity for the viewer? Would Chigurh suddenly seem a little more relatable? Would you even notice?

This sort of retrospective product placement sparks a litany of questions. Is adding content after the fact ethical? Should we be changing classic movies or shows, especially if those who starred in or created them are deceased and can’t weigh in? Is altering art akin to rewriting history? And do we really want more stealthy advertising in entertainment?

It’s not as smooth as it seems — Product placement like this could cause legal and PR issues, too. Associating a product with a band, show, film, and other entertainment production could cause a PR scandal for the teams involved if there’s a problem down the road. Imagine, for instance, a brand had advertised on The Cosby Show before Bill Cosby’s innumerable crimes came to light. Arguably, it would be easy enough to remove the ads again, but these sorts of reputational risks by association can’t be ignored.

Additionally, it’s unclear how approval would work. Will advertising agencies be allowed to directly place their products in a film or will they have to ask for approval from the content owners? What sort of licensing fees would be involved, and who would be eligible for a cut of them?

Firms like Mirriad will have to iron out the wrinkles around digitally altering copyrighted material, or likely face an avalanche of lawsuits.

While we appreciate advertisers trying to make up for lost income, perhaps they should look for new ideas and fresh mediums instead of messing with history and artistic intent. But then, considering the state of deep fakes today, we’re also surprised, frankly, that this sort of thing has taken so long to arrive.