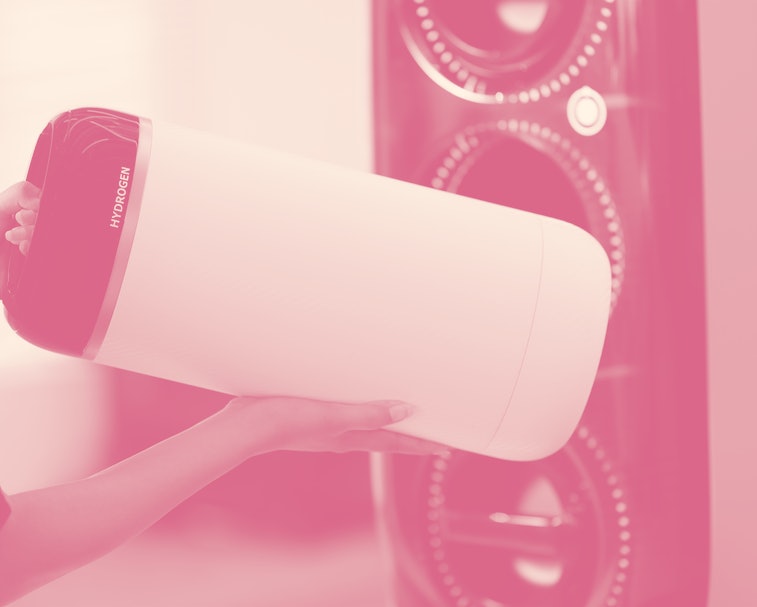 Though all-electric vehicles are very much having a moment right now, not every automaker has given up on other alternative fuel sources. Toyota, for example, is still researching whether or not hydrogen could be a viable option for powering its vehicles. The automaker has even developed new “cartridge” technology to make the use and transportation of hydrogen much safer.

Woven Planet, a Toyota research subsidiary, developed the new cartridges to be an ultra-portable solution for storing and moving hydrogen. There are plenty of benefits to using hydrogen in place of gas or even electricity — but the gas is also extremely expensive to produce, store, and transport.

Toyota is actually one of the only auto companies still producing hydrogen vehicles. The Mirai, which starts at a hefty $50,000 is very much held back by the lack of hydrogen infrastructure in the U.S.

Just an experiment — The hydrogen cartridges themselves are pretty slick-looking, though we don’t know much about the technology being used to make them. They weigh in at just 5 kg (about 11 lbs) and are 16 inches long with a diameter of 7 inches. The biggest innovation is that they’re easily swappable, making recharging much less of a pain.

Woven Planet’s cartridges are still in the early development stages and are just one part of Toyota’s broader experimentation around creating a hydrogen-based supply chain. They’re the containers in which hydrogen would be transported — now Toyota will need to trial actually using them in simulated hydrogen infrastructure.

Is hydrogen even worth it? — There’s a good reason Toyota is one of the only companies still developing hydrogen-powered vehicles. Actually, there are a few good reasons.

First and foremost: Electric plug-in vehicles have really taken off in recent years. Customers are finally interested in buying them, and a sustainable recharging infrastructure is rapidly expanding to meet demand. Neither can be said of hydrogen; developing the necessary technology to even support such an infrastructure is quite a ways off.

Hydrogen isn’t all that green, either. Or, rather, the process of creating it isn’t — much of the hydrogen in the world is produced using fossil fuels. Toyota hopes that eventually hydrogen will be produced using green energy, but that’s just not the case right now.

Still, Woven Planet’s research is an invaluable step toward hydrogen being a viable fuel source somewhere down the line. For now, though, EVs are still our best bet to beating the gas-guzzlers.