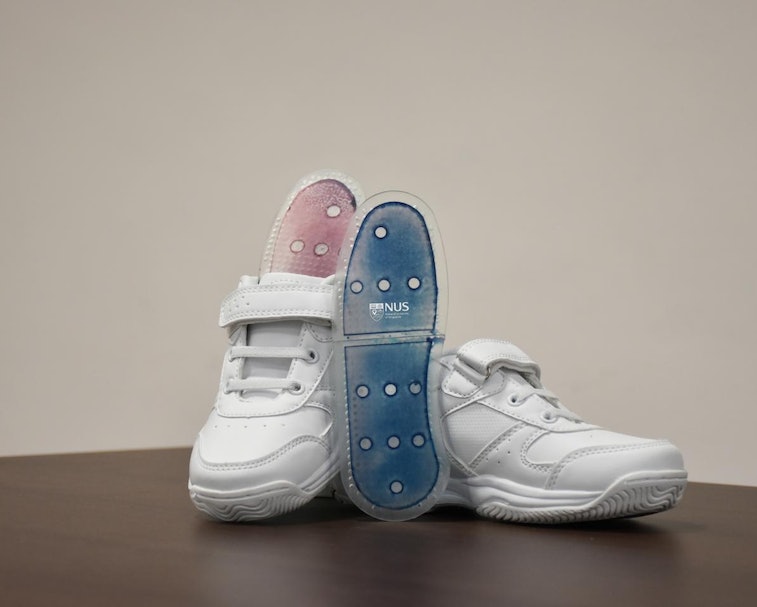 Sweat and electronics are not friends — this is a well-established fact. Sweat makes your Apple Watch slippery and gross; sweat short-circuits your Discman and nearly electrocutes you in the process; sweat gradually ruins the earbuds you wear to the gym. But researchers from the National University of Singapore have invented a new material that might just solve this problem, and help keep your devices charged in the process.

The researchers in question have created a film — thin enough to be layered over an existing material — that can help sweat evaporate more quickly. And then it can use any moisture it absorbs to power wearable electronic devices. It sounds unbelievable, but then, so did mobile phones once upon a time.

The researchers published their work in the Nano Energy journal towards the end of last year. Their paper describes a cobalt-complex-based super-hygroscopic material (Co-SHM), which the researchers produced using 3D printing.

If approved for general use, this material could have all kinds of applications. Researchers have already created a shoe insole with the material, for example, that can both prevent sweat accumulation and harvest power from that sweat.

That’s a lot of sweat — The novel film is ingenious — it’s made of cobalt chloride and ethanolamine, two materials with large capacities for attracting and absorbing moisture. The film can absorb moisture up to six times faster than conventional materials — and can hold 15 times more moisture total. That’s a lot of sweat.

The innovation doesn’t stop there. The unique film also changes color from blue to purple to pink as moisture is absorbed, so you can visualize just how much sweat you’re being saved from. And then — get this — letting the film sit out in the sun allows it to release that water and regenerate itself. Then it can be used again more than a hundred times.

Think of the possibilities — A super-absorbent material would have been newsworthy on its own, but these researchers took things a step further by creating a wearable energy-harvesting device comprised of eight electrochemical cells.

Each cell is capable of generating around half a volt of electricity — in total, all eight can power a small light. That isn’t exactly enough to charge up your Apple Watch in the middle of a run, but this is just a prototype. Future iterations of the technology could be much more powerful, though — the researchers describe it as having “significant economic potential.”

Thus far, the researchers have used the new film for three applications: a shoe lining, a shoe insole, and an underarm pad. We’re imagining a little layer under your smartwatch to catch sweat and recharge — or maybe an underarm patch that charges your phone after a summer walk through the city. Combine this with ever-more energy-efficient wearables and novel fitness trackers like in-ear heart-rate monitoring earbuds or Google Jacquard-style in-shoe trackers and the possibilities are endless... and tantalizing.