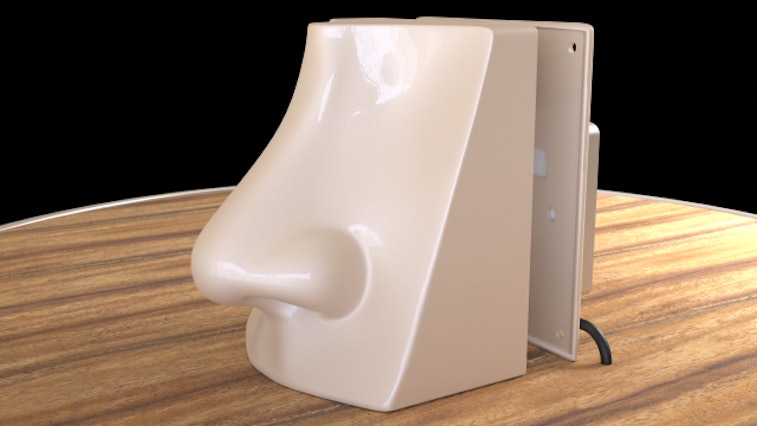 Soon after the COVID-19 pandemic began, medical experts pointed at how those affected by the virus may temporarily lose their sense of smell and taste. The good news is that principal program manager at Microsoft, Benjamin Cabe, has developed a fake nose that can detect smell with the help of artificial intelligence. To make the project even better, Cabe shared the source code and resources for building it on Github.

"Some time back in May 2020, like I'm guessing many other people, I spent quite some time trying to perfect my bread recipe, including trying to determine when my sourdough starter would be in the ideal condition to bake perfect baguettes," Cabe said. "Fast-forward to a few weeks later, I had assembled a full-blown (pun intended) artificial nose, and I am sharing all the instructions, source code, bill of materials, etc. in this [repository]. Enjoy!"

Sniff, sniff — Cabe's artificial nose resembles the average, if not rather large, human nose. In a video shared on Twitter, the artificial nose powered by TinyML machine learning can be seen detecting odors in its physical environment, initially reading “ambient.” Then Cabe hovers it over a cup of coffee. The screen changes to read, “coffee,” giving it a 57 percent to indicate the smell's strength.

What’s in it — Cabe's artificial nose contraption has two sides. The outer surface has the fake nose while the reader on the back is a small screen that denotes the strength of different materials. "The main part, i.e. the nose itself," Cabe writes, "includes a mounting slot for a Grove Multichannel gas sensor. The back plate allows to attach a 25 mm fan and a Wio Terminal."

This isn’t the first time that AI has been used to help us with our olfactory capabilities. In 2020, researchers at the University of California Riverside created a machine learning model that could help predict the kind of impression a material would make on human noses. It was a remarkably helpful venture as the human nose, which has some 400 odor receptors, could use a helping hand every now and then. In this case, the model was able to predict how different chemicals would smell for us. Although Cabe's artificial nose seems like a pet project, it could also have wide applicability in a world where many have complained about losing their sense of smell after contracting COVID-19.