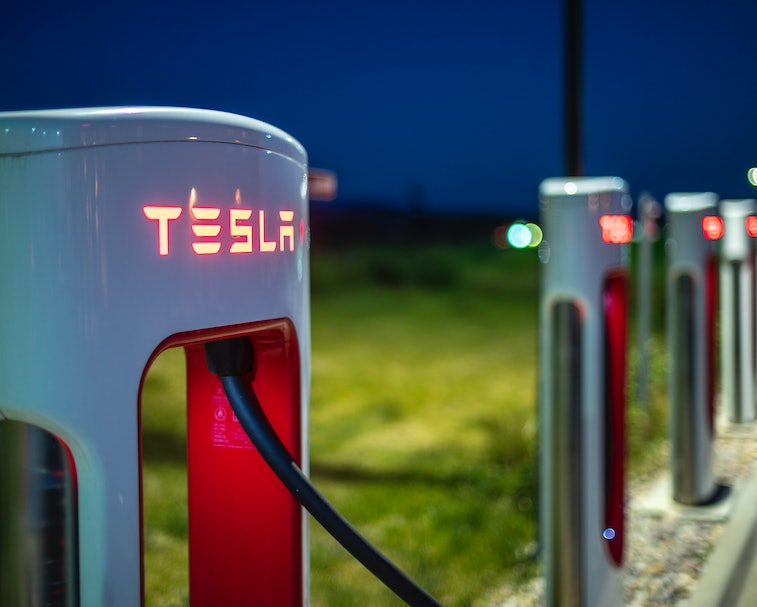 Tesla has opened a new Supercharger station that is the world's largest with chargers for 56 cars, though it's unclear whether the station has capacity to charge that many simultaneously. The station is located in Firebaugh, California, between the major Tesla markets of Los Angeles and the Bay Area.

As the world's major automakers race to deliver electric vehicles to compete with Tesla, Superchargers provide a major competitive advantage for the company, which is the only automaker that owns and runs its own network of high-speed vehicle charging stations. Tesla operates more than 20,000 Superchargers across 2,000 stations worldwide.

Solving for range anxiety — When Tesla began selling vehicles, charging limitations were a big issue with electric cars. They had short ranges and consumers worried about running out of battery before they could find a charger on longer journeys. It posed a chicken and egg problem: if there weren't any electric car owners, there wouldn't be incentives to build out a network of chargers, and vice versa. So Tesla plowed the money in itself, initially giving all Tesla owners free charging as an incentive to buy one of its cars. It's estimated it costs the company a quarter of a million dollars to build each station.

The upshot of that investment, though, is that when consumers plan longer trips their Tesla's navigation system can plot a course that includes stops at Superchargers. And Tesla's vehicles use DC fast charging, meaning rapid refills. The Tesla Model 3, for instance, can add 75 miles of range in about five minutes. Sure, that's not as fast as a gasoline-powered car can refuel, but it's still impressive. Public charging stations that work with other electric cars typically use slower, Level 2 charging. But that's likely to change as EVs become ever more popular.

No more free lunch — As the number of Tesla's on the road has ballooned and lines at stations have become common, the company has been forced to cut its free charging plan. Nonetheless, the company estimates that recharging one of its cars is still half the price per mile than it is for the gasoline equivalent. That's not hard to believe considering electric vehicles tend to have far lower maintenance costs than their fossil-fuel-burning counterparts.