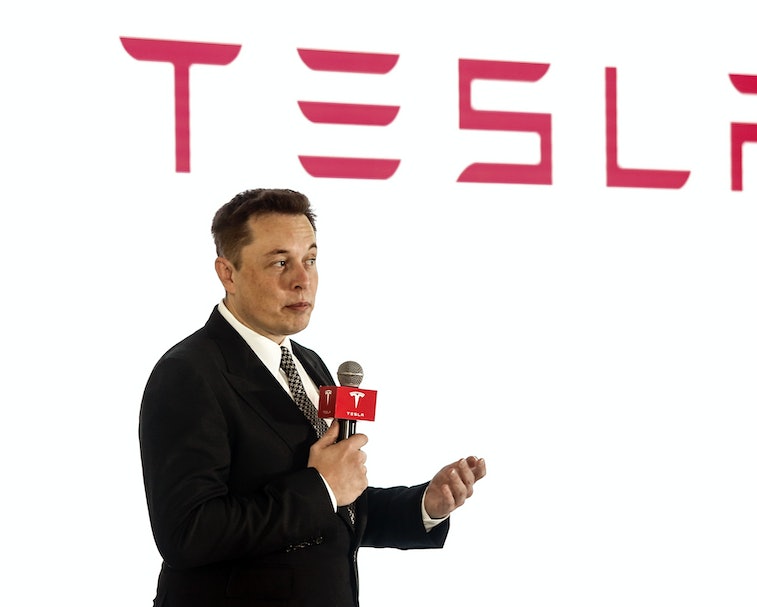 Tesla is finally getting on board with coronavirus mitigation plans and is halting production at its Fremont factory. After days of back-and-forth on the issue, the company announced Thursday night that it will implement a temporary shutdown after end of day March 23. The rest of Alameda County, along with five other counties in the San Francisco Bay Area, has been operating under the order to “shelter in place” since Monday.

That covers residents and all non-essential businesses, but the electric car company has been stubborn to comply.

Winding down for now — Despite the fact that coronavirus cases in the U.S. now exceed 10,000 and the death count has climbed over 150, CEO Elon Musk has been pretty flippant about dealing with the crisis, first downplaying the gravity of the pandemic and as recently as yesterday touting dangerously false information to his millions of followers. And, production at the Fremont factory has still been chugging along. All the while, Tesla employees have been voicing concerns about the state of their jobs and the increasing burden as fewer workers show up each day. The electric carmaker is now finally buckling, though operations won’t cease altogether.

Despite taking all known health precautions, continued operations in certain locations has caused challenges for our employees, their families and our suppliers. As such, we have decided to temporarily suspend production at our factory in Fremont, from end of day March 23, which will allow an orderly shutdown. Basic operations will continue in order to support our vehicle and energy service operations and charging infrastructure, as directed by the local, state and federal authorities. Our factory in New York will temporarily suspend production as well, except for those parts and supplies necessary for service, infrastructure and critical supply chains. Operations of our others facilities will continue, including Nevada and our service and Supercharging network.

Essential services — As the country — and much of the world — scrambles to figure out the new normal amid quarantines and self-isolation efforts, a lot of people are wondering... where'd all those 'philanthropic' billionaires go? Aside from the boredom, critical resources are dwindling, and social media users have begun taking the heads of tech companies to task. Elon Musk has feigned helpfulness online, stating that the company "will make ventilators if there is a shortage" but was quick to start making excuses when informed that there's already a shortage underway. And his track record in helping out during times of crisis isn't exactly great. NYC Mayor Bill de Blasio reached out to Musk directly on Twitter to take him up on the offer of ventilator production, though, so here's hoping the CEO follows through.

In the meantime, though, Tesla wants you to know it's still able to deliver vehicles.

"In many locations, we are in the process of implementing “touchless deliveries” so customers can continue to take delivery of their vehicle in a seamless and safe way," Tesla noted in the Thursday statement. "Due to the unique over-the-air connectivity of our vehicles, customers are able to unlock their new cars at a delivery parking lot via the Tesla App, sign any remaining relevant paperwork that has been placed in their car, and return that paperwork to an on-site drop-off location prior to leaving."