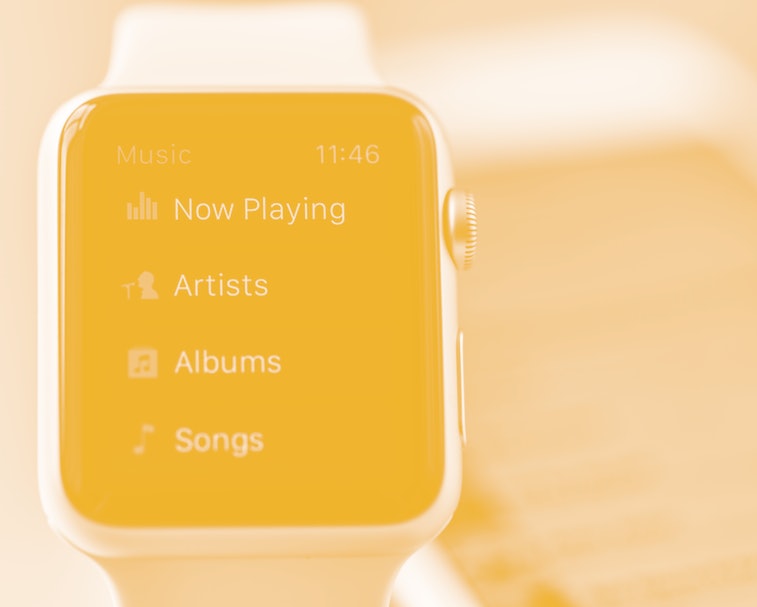 Spotify is testing the ability for Apple Watch users to stream music without a tethered connection to an iPhone. Most streaming services limit Apple Watch support to accessing playback controls for music streaming from an iPhone. Apple's own Music service already allows for streaming directly to the Watch over Wi-Fi or cellular, even if an iPhone isn't paired.

That's what Spotify is now testing with select users, according to some users on Reddit. The company has offered a dedicated Apple Watch app since 2018 but it isn't very comprehensive. Apparently in tests the new Spotify app for Apple Watch allows users to play music directly through the Watch's speakers, something Apple Music doesn't allow.

Breaking its chains — It makes sense that Spotify is doing this now considering that Apple announced earlier this week at its Time Flies event that it will finally allow for the Apple Watch to be set up and used independently from an iPhone with Family Sharing. These can be in either GPS only or GPS + LTE configurations.

It's a move that's long been anticipated, and Apple is pitching this as a way to keep kids and older family members connected who don't have an iPhone. Plus, it makes the cheaper Apple Watch SE a more attractive proposition. More Watch apps will probably follow suit as they'll have more incentive now to create an experience untethered from the iPhone.

Competitors don't stand a chance — During its event Apple also unveiled the new Watch Series 6 alongside the SE. The SE starts at $279 (for GPS only, the GPS and cellular version is priced at $329) and uses an older chipset and aluminum frame. Apple expects that will be the one that parents buy for their children to keep them safe and connected without needing to shell out for a more costly Apple Watch Series 4, 5 or 6, or an expensive iPhone.

The Apple Watch is already the most popular smartwatch in the market and the new offerings will likely cement that dominance by growing its total potential market substantially. That growth can only benefit from allowing users to opt for Spotify over Apple Music, given the Swedish streaming service remains the world's most popular platform, despite Apple's extensive efforts to catch up.