Scam calls skyrocketed in the U.S. this year, T-Mobile confirms 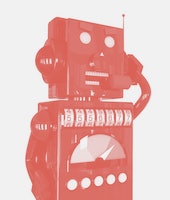 Approximate number of scam and robocalls caught by T-Mobile in 2021.

T-Mobile just released its 2021 report on the state of scam and robocalls in the United States, and the results aren’t pretty. The company’s Scam Shield network flagged or blocked more than 21 billion scam calls in 2021 so far — an increase of 116 percent year-over-year. In the time it took you to read this introductory paragraph, T-Mobile identified something like 7,000 scam calls.

The wireless carrier’s data validates the feeling many of us have had this year: that, despite our best efforts, the scam calls are blowing up our phones more frequently than ever before. Plenty of blocking tools exist for smartphones — like T-Mobile’s free Scam Shield app — ensuring scammers never even get air time to try swindling you. But the system is not infallible. The American public is estimated to have lost nearly $30 billion to phone scams this year.

T-Mobile also shared some insights about when, exactly, scam calls were most popular during the year. Generally the number of calls increased as the year went on; January saw 1.1 billion scam calls, while November saw 2.5 billion. Most came through on weekdays — T-Mobile observed an 80 percent drop during the weekends.

More than 51 percent of all scammers were pretending to be vehicle warranty companies. The second spot went to Social Security scams at just 10 percent.

STIR/SHAKEN isn’t enough — Scam calls are nothing new, but every metric available shows they’re getting much worse. That’s in spite of new protocols put in place over the last few years.

STIR/SHAKEN, for example, attempts to confirm a caller’s identity. The FCC made STIR/SHAKEN mandatory for all wireless carriers by June of this year, but T-Mobile’s data confirms the initiative hasn’t slowed robocallers. The FCC will need to get more creative if it hopes to ever stem the flow of these scams.

T-Mobile’s report doubles as an advertisement for its Scam Shield system, which it claims is a leader in the industry. Scan Shield uses AI to maintain a database of known scam numbers and update its systems every six minutes.

If Scam Shield really is as good as T-Mobile claims, it might be worth the FCC’s time to work with the company and roll similar protections out on all cell networks. As long as tech like Scam Shield is just a perk for signing up, we’ll be fielding calls from fake insurance companies ad infinitum.