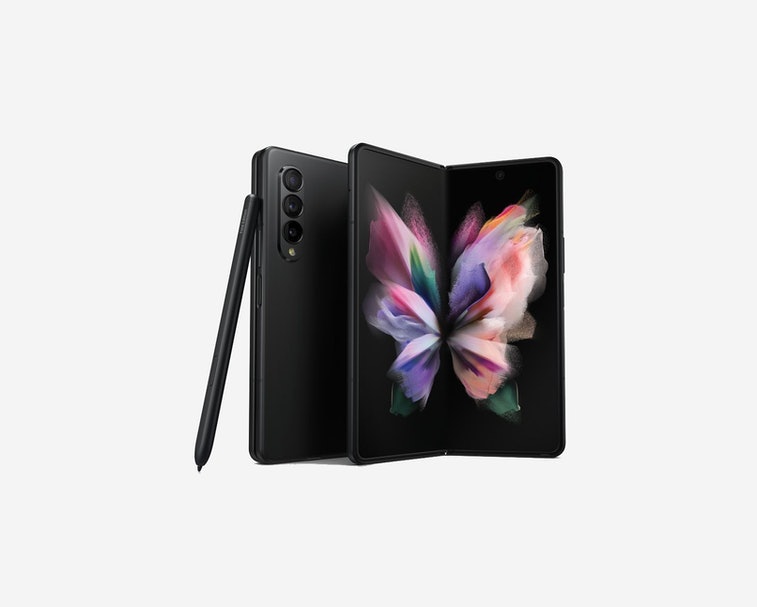 With so many leaks ahead of Samsung’s Unpacked event on August 11, it feels like the Galaxy Z Fold 3 is already here. The steady stream of leaks was punctuated with a reveal of internal specs last week (via WinFuture), leaving very little to the imagination.

Having fixed many of the original foldable’s flaws on the Z Fold 2, there is an expectation that the Z Fold 3 will continue building on those crucial improvements in its third iteration. This time around, the Z Fold 3 seems to stick close to the previous design, with aesthetics and internals that are hardly surprising.

Luxury pricing — At this point, the only thing we don’t know is how much the device will cost, but we do know one thing: it will be expensive. We enjoyed our time with the Galaxy Z Fold 2, but Samsung’s positioning of this phone as a high-end device for the wealthy is not going away with the Z Fold 3. In many ways, the phone sounds like a mid-generation refresh rather than a full-fledged update. It still has the crease, even.

What SoC does the Z Fold 3 Use?

According to WinFuture, the Galaxy Z Fold 3 will be powered by Qualcomm’s Snapdragon 888 5G SoC. It’s an upgrade from the Snapdragon 865+ 5G on the previous model, but it’s not exactly Qualcomm’s fastest mobile processor either. The new Snapdragon 888+ 5G won’t be making an appearance on the Samsung foldable, which Wccftech uncovered last month in a benchmark leak. Still, the stock 888 5G chip is plenty powerful, with a max clock speed of 2.84 GHz on the Kryo 680 CPU that is more power-efficient than the previous model.

Will the Z Fold 3 be gofunderod for gaming?

The 5-nanometer chip also has Qualcomm’s latest mobile GPU, the Adreno 660. Mobile gamers can take advantage of features like variable-rate shading, which improves graphical performance while keeping power consumption manageable. Samsung has pushed gaming on a larger screen as a reason to pony up for its Z Fold devices; it will surely do so again for the Z Fold 3. We already know that with the right controller, the Z Folds are excellent devices for playing retro games using emulators.

What displays does the Z Fold 3 use?

You can expect a 7.6-inch internal display (the foldable one) and a 6.2-inch external display or “cover” display as Samsung calls it. Both screens are expected to be dynamic AMOLED 2x displays with a 120Hz refresh rate and use Corning Gorilla Glass Victus. The latter would be new for the foldable display and is said to help reduce scratching. There’s not much else to say about this, but if you liked the display on the Galaxy Z Fold 2, then you won’t be disappointed here.

What cameras does the Z Fold 3 have?

The triple-camera array looks a lot like the one on the Z Fold 2, but there is a subtle difference, with a narrow camera hub and a flash that now sits under the cameras instead of adjacent to them. It’s not a huge design upgrade, but the slimmer bump does look better.

According to leaks, the phone has three 12-megapixel cameras on the rear: wide, ultra-wide, and telephoto, which is the same setup on the Galaxy Z Fold 2. This phone, too, has two selfie cameras; one on the cover and one inside when the device is unfolded.

Is that an under-display camera on the Z Fold 3?

It appears Samsung is scrapping the Z Fold 2’s hole-punch camera in the foldable display and replacing it with an “under-display” or “in-display” camera. The selfie camera change would mean a foldable display that’s uninterrupted, but it also sounds like it’ll come with a downgrade.

Samsung is reportedly downgrading the internal selfie camera from 10 megapixels to 4 megapixels. The cover selfie camera is still a 10-megapixel shooter like on the previous model. If it’s identical to the Z Fold 2’s cover selfie camera, Input reviews editor Raymond Wong assessment will likely be the same: “Selfies look good. No major complaints.”

Yes. The Snapdragon 888’s Spectra 580 signal processor supports 4K HDR at up to 120 fps and 8K at 30 fps. The 888 SoC also supports multiple video capture formats, such as Dolby Vision, but it’s unclear if the Z Fold 3 will. However, HDR10+ is supported in other Samsung Galaxy phones, so it’s likely the Z Fold 3 will, too. We’ll have to wait until the event to see what new software features have been added, if any, to enhance the video shooting on the Z Fold 3.

What’s the battery life on the Z Fold 3?

Again, the Z Fold 3 isn’t making news, going with a similar-sized battery. The 4,400 mAh battery is slightly smaller than the 4,500 mAh battery found on the Z Fold 2. Going by the previous model to gauge battery life, it should be around 10 hours, but that depends based on screen brightness, refresh rate, and which display is being used. With the more efficient 888 chip, there’s hope that the battery life could be better. Per leaks, we’re expecting the Z Fold 3 to have wireless and fast charging, but the charging speed for either of these modes is currently unknown. On the previous model, the phone was rated for 25W fast charging and 11W fast wireless charging.

Will the Z Fold 3 support an S Pen stylus?

When Raymond reviewed the Z Fold 2 last year, one of his biggest gripes was that it didn’t support a stylus. Well, it seems someone on the design team listened because styli will be supported on the new phone. Stylus support was “confirmed” a few weeks ago when images of a Galaxy Z Fold 3 case with a stylus sleeve surfaced (via 91Mobiles). Users will allegedly have two Samsung styli to pick from: the updated S Pen Pro and the S Pen Fold. The latter is the first-ever stylus designed for a foldable phone. It remains to be seen what the differences between the two styli are.

The first Galaxy Z Fold was extremely prone to dust. The Z Fold 2 got a redesigned hinge to combat that, and it most likely will be the same on the new Z Fold 3. However, the phone’s claimed IPX8 rating doesn’t spark much confidence that it will be better against dust. The second number is for water resistance, with “8” being the highest rating possible. The first number, though, is for dust resistance, and in this case the “X” isn’t a stand-in for “10”. No, it means that this phone has no dust rating. Big yikes. If you’re putting this thing in your pocket, make sure it’s clear of any dust, debris, or very small objects.

What colors will the Z Fold 3 come in?

Look, this phone is basically a copy of the last one, but at least it’s coming in new colors. The leaks point to the phone releasing in Phantom Green, Phantom Black, and Phantom Silver. Why Phantom? It beats me, but it could be a nod to the phone’s scary price!

What storage and RAM options will the Z Fold 3 come in?

According to leaks, the Z Fold 3 will be available in two options: 256GB and 512GB. Either option should be plenty, but if you’re planning on shooting a ton of 4K or 8K footage, it’s best to go with half a terabyte. With no slot for a microSD card, it’s not possible to expand the storage so you’re gonna be stuck with what you get. Both models will come with 12GB of RAM. Again, these configurations are exactly the same as on the Z Fold 2.

How much will the Z Fold 3 cost?

The question we’re all thinking about. With all the leaks surrounding the release of this phone, it’s shocking that there hasn’t been any concrete info regarding price. Samsung is staying tight-lipped on this one bit, at least. But if last year’s phone is anything to go by, $2,000 for the 256GB model wouldn’t be out of the question. However, Samsung slashed the price of the Z Fold 2 down to $1,800 back in April, with a leak in June speculating a 20 percent price reduction that could see the new flagship launch at a much more palatable $1,600. That is still an exorbitantly expensive price for a smartphone, even in 2021, but that could drive more people to consider the foldable.

When does the Z Fold 3 launch?

The best answer we have right now is “soon.” Samsung typically releases its products a few weeks after their announcement. By the end of August 2021 is probably a good bet.