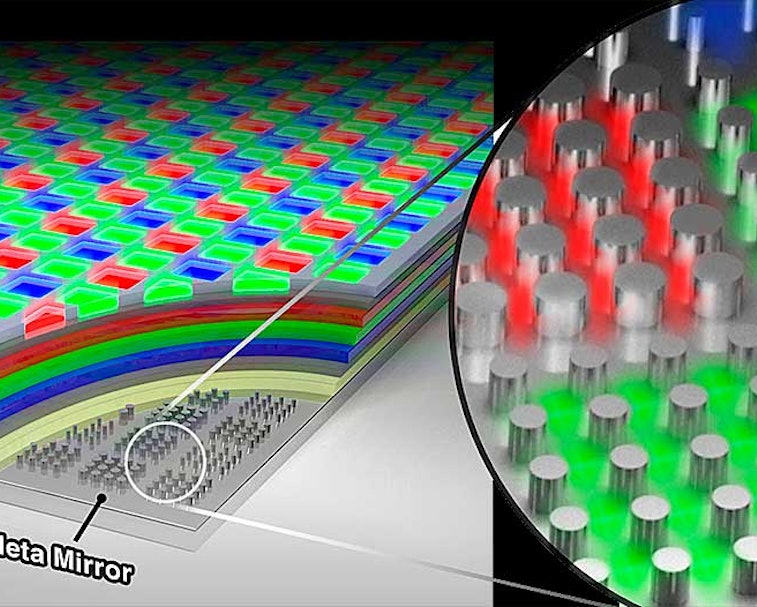 Researchers from Samsung and Stanford University have created a new OLED display with a resolution of more than 10,000 pixels per inch (PPI). For comparison, the display in Apple's latest iPhone 12 has a resolution of 460 PPI. Aside from making for killer TVs, the new high-resolution screens are going to be perfect for virtual reality headsets. And where there's an evolution in VR, adult content is sure to follow.

Applications in VR — Displays with super high resolutions would be most useful in applications where the screen sits, umm, close to your face. One of the biggest issues facing VR is that it hasn't been as immersive as it could be because of low screen resolutions.

Inside the industry, the "screen door effect" is a term used to refer to the fact that the wearer of a headset can see individual pixels when the screen is so close to their face, making it look like the mesh on a screen door. But at 10,000 PPI, the pixels are so densely packed you probably wouldn't be able to make out the shape of them individually, even with them right up to your eyes.

The display that researchers created has two reflective layers — a silver film and a metasurface film, or a forest of microscopic silver pillars spaced less than a wavelength of light apart. Clusters of these pillars serve as pixels, with each pixel divided into four subpixels that can manipulate white light falling on them. OLED film between the layers emits light and can specify which subpixel it illuminates. In each pixel, the four subpixels yield different colors based on their density.

Not necessary for TV — Worth noting is that outside of VR, there hasn't been a big push for higher resolutions in small displays. 4K hasn't caught on in smartphones because the improvements are hard to see with the phone further from your face. Considering that the VR market is still so small, it might be some time before a 10,000 PPI display is introduced in headsets.

On large screens, we've seen an onslaught of TV manufacturers begin to roll out 8K TV sets even though most people haven't even upgraded to 4K yet. Experts say that your eyes won't be able to tell the difference — unless maybe you get a massive 70-inch or 100-inch set, but barely anyone gets those. The biggest improvements to TV in the near future concern dynamic range, or the ability to create greater contrast in the dark and bright parts of an image. Many TVs now offer high dynamic range or HDR functionality.