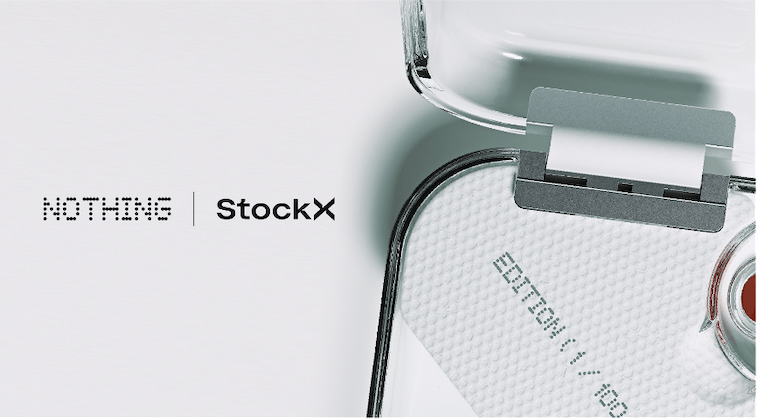 You probably should have expected Nothing to come up with something as novel as partnering up with hypebeast marketplace, StockX, to “exclusively release the first 100 units” of its transparent Ear (1) wireless earbuds. After all, Nothing is founded and led by ex-OnePlus CEO Carl Pei, who’s a mastermind at building up hype.

Together, Nothing and StockX will launch “DropX, a direct-to-consumer product release method designed by StockX to offer brands and creatives the opportunity to release new and exclusive products directly to their global audience.”

According to Nothing marketing chief and co-founder Akis Evangelidis, the first 100 units of will be auctioned exclusively via DropX and run from between 2 p.m BST (9 a.m. EST) on July 19 through 1:59 p.m. BST (8:59 a.m. EST) on July 21. “Our communities will have a chance to purchase ear (1) before anyone else and also before it is fully revealed.”

“Reinventing the consumer tech drop!” tweeted Pei. Consider us now curious about DropX. Exclusivity via “drops” has been the pain point for sneakerheads. Do we want a drop-style culture for gadget releases?

Nothing says each DropX unit will be engraved with numbers 1-100. We also get a glimpse at what appears to be the transparent case of the wireless earbuds and the very edge of the Ear (1) themselves. We can see some red on it.

Launching soon — The news today will allow a lucky 100 to bid for the Teenage Engineering-designed Ear (1) early. Otherwise, the wireless earbuds are on track to launch on July 27 and retail for $99.99.

Nothing still hasn’t pulled back the curtain on the Ear (1), but with only a week left to go until DropX launches, we’re betting the company will be sharing more over the next few days. As of now, we only have a teaser image to go buy; Nothing has said the product won’t perfectly resemble the “Design Concept 1” but will draw inspiration from it. About the only spec we know is that the Ear (1) will come with “state-of-the-art active noise-cancellation.

Nothing has been teasing the Ear (1) on Instagram recently. This appears to be a part of the buds:

And this shot is likely the case with the Ear (1) buds hidden in plain sight:

Buckle up, kids! Soon, we’ll know whether the Ear (1) was worth all the hype or they’re nothing at all.