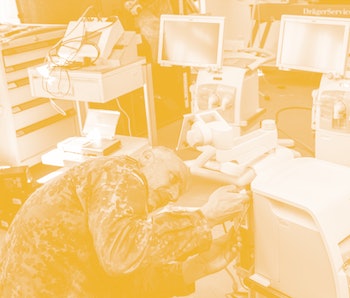 As the cases of COVID-19 continue to climb ever more companies are trying to produce supplies to help. Companies of all sizes, from huge ones like GE, GM, and Ford to more niche ones like Dyson, have all begun building ventilators, while apparel brands like New Balance are making face masks. Scarcity of supplies and a poorly maintained stockpile in the U.S. mean ventilators, in particular, are becoming an increasingly precious commodity, and being able to manufacture and distribute them rapidly in coming weeks could mean life or death for thousands of people.

MIT has been working on its own open-source ventilator design, but it's not alone. Why does open-sourcing the designs matter? Because getting ventilator designs out into the public domain without licensing fees or other prohibitions enables manufacturers to build them, and fast. Especially if the designs meet health authorities' specifications and thus each company's efforts needn't be freshly certified, a process that can take months of trials and testing. Which is time we don't have.

The importance of ventilators — COVID-19 can cause inflammation in the lungs that makes it hard to breath, and ventilators address this by mechanically pumping oxygen into the lungs and removing carbon dioxide from them. Ventilators are so necessary that some have said a lack of them effectively condemns severely-ill coronavirus patients to death. The situation has gotten so desperate that hospitals in New York have begun trying to use one ventilator on every two patients in order to mitigate the shortage.

Making ventilator designs from scratch would take months, so medical device company Medtronic earlier this week open-sourced the designs for its mass-production ventilator, called the Puritan Bennett 560. At the same time, a group of volunteer medical professionals in Israel released their own open source design called the AmboVent. The video below shows off the latter, which the group says meets standards for treating COVID-19 patients while being simple enough that it can be constructed with tools available to any small manufacturing firm.

The ventilator crunch — Robert Read of 18F, a digital agency within the U.S. government, wrote a Medium post earlier this week discussing the two approaches. Read applauds both efforts as they could help seriously increase the speed at which manufacturers are putting out ventilators. President Trump has been criticized for claiming that the nationwide shortage in ventilators was "unforeseen" when in fact, various government agencies have been warning for years that the nation's severe lack of ventilators could be a problem should a crisis like the one we're facing today ever arise. In New York — where more than 3,000 people have died and 100,000 are confirmed to have the coronavirus — it's believed the state could be short 15,000 ventilators per week when the crisis eventually hits its peak.

Read cautions in his post that there are some caveats with both open-source ventilators. The Medtronic design, while a comprehensive and fully-featured design, is only being open-sourced until this pandemic is over. That means the design cannot be reused in future pandemics. And the AmboVent design, unlike Medtronic's, was just created and has never been mass-produced, so we don't know how easy it is to actually produce, or whether it meets all the regulatory requirements the team behind it claims it does because it's yet to receive government approval.

Time isn't on our side — Still, Read says that, "thousands of small firms and makerspaces can begin making the AmboVent today." He advises that these teams should begin looking at both designs to determine whether either of them are workable, rather than making completely new designs from scratch.

In a move that should have been made weeks ago, Trump invoked wartime powers on Thursday to streamline supply chains and speed up production of ventilators at several companies, including Medtronic and GE. The order directs supplies for ventilators to these companies, and empowers Homeland Security to do everything in its power to find more. But it's believed that it will still take until June for them to start reaching hospitals.