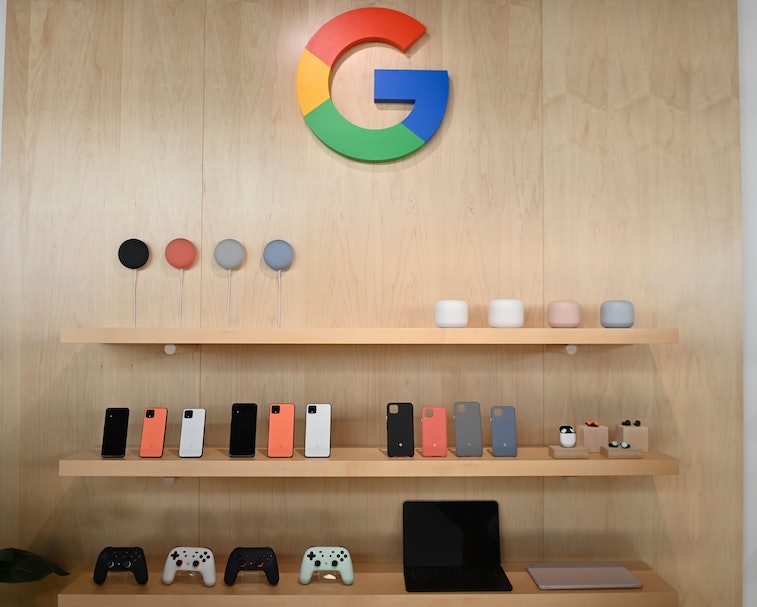 Google is getting ready to launch a new app that makes switching from the Apple ecosystem to Android’s much, much easier. Some creative code-sleuthing by the folks over at XDA Developers uncovered an app called “Switch to Android” — made for iOS platforms — that appears to be capable of transferring an iOS user’s data over to Android.

The Switch to Android app itself hasn’t been released yet, not even in beta form, and Google hasn’t made any formal announcement of its development. But XDA Developers found some hidden lines of code in another new app called “Data Restore Tool.” The code for that app contains specific references to the “Switch to Android” app along with some custom functions geared toward transferring data between the apps.

The coding here isn’t all that much to go off of, essentially all we know at this point is that the devs working on the Data Restore Tool have at least readied it for an iOS counterpart. But still, the app could potentially break down some of the barriers associated with switching from iOS to Android — and that functionality would be an invaluable boost to bringing in new Android customers.

Light on specifics — The Data Restore Tool’s code offers only the briefest of glimpses into what Google might be planning for its iOS migration tools. The first clue is an instruction presented to the user: “Get the Switch to Android app from the App Store.” It then prompts users to connect both their current Android device and their old iOS device to the same Wi-Fi network.

Other than that, though, the Data Restore Tool isn’t giving up many secrets. Some strings hint at the ability to migrate individual apps, SMS messages, and contacts. There’s also mention of WhatsApp transfers, but XDA Developers notes that these seem to be instructions for using WhatsApp’s built-in transfer tool, which seems to point to the Switch to Android app’s inability to do so itself.

Breaking out of the walled garden — There are myriad reasons why longtime Apple users might not want to switch to an Android device, and many of the most major ones are purposeful on Apple’s part. Flagship features like iMessage, iCloud, and FaceTime make it very easy for iOS users to complete daily tasks with their phones — and make the idea of moving away from those tools feel difficult, if not impossible.

This strategy has proven very profitable for Apple. It’s also put the company under intense scrutiny as regulators debate whether its success is due in part to antitrust violations and rivals seek to create a whole host of legal issues for Apple.

In this context, it absolutely makes sense for Google to make it as easy as possible for iOS users to move their data to an Android device. Whether or not the Switch to Android app will make much of a difference remains to be seen — the fact that it doesn’t appear to even really carry over WhatsApp data on its own doesn’t seem like a great sign.