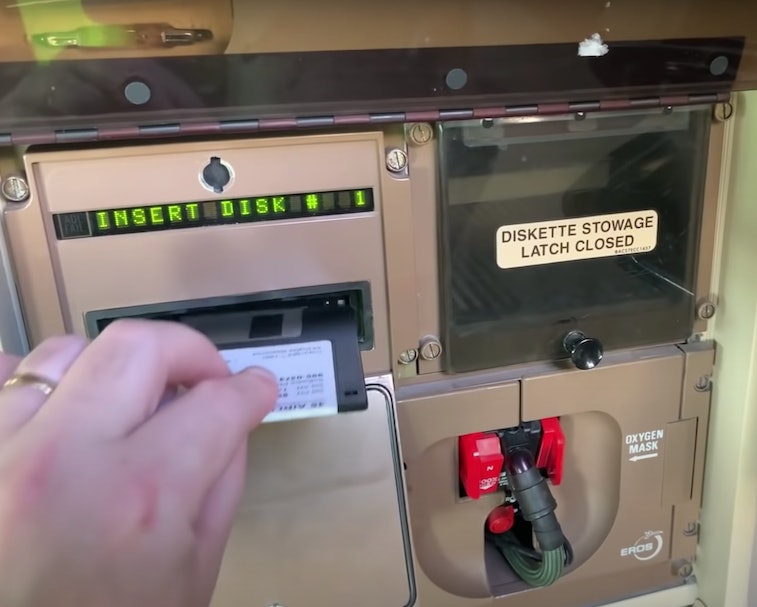 Thanks to British Airways axing its entire 747 fleet, Pen Test Partners got a rare look at one of their cockpits, according to The Register. The cybersecurity firm found that the plane’s navigation databases are updated using 3.5-inch floppy disks — a process that needs to occur every 28 days. Despite Boeing partnering with other companies on innovative and futuristic technologies, their most popular jets still rely on decades-old data transfer tools.

A floppy disk? In this economy? — Roughly monthly, engineers update these massive aircrafts navigational databases using eight floppy disks. The process takes hours and has also been used on Boeing’s 737 jets as well, Aviation Today reports. Despite the age of the technology, these floppy disks have proven to still be effective at the expense of speed.

The Verge reports that Boeing’s more modern aircraft like the 777X, 787, and 737 Max use fiber-optic networks. The latest industry models can even receive updates over the air, much like a cell phone... or to stick with transport comparisons, a Tesla. In the case of the 737 Max, however, modernity has come at the cost of hundreds of lives. The planes were pulled from production this January following two fatal crashes caused by a combination of design flaws and problems with the software used to overcome them. The 737 has recently hit the assembly line once again... just in time for most of us to be going nowhere further than the kitchen or the couch.

The floppy disks also have a distinct security advantage over fiber optics or other networked systems, which prove vulnerable an may even be infiltrated by passengers, who in their defense have a potentially all-too-tempting combination of free time and boredom while in transit.

Physical media provides separation of the sort you'd get with an air-gapped computer (one that's not, and has never been, connected to an intranet or the internet). Which is part of the reason why the U.S. Defense Department barely let go of its 8-inch floppy disks last October in favor of hyper-secure solid-state drives. If it ain't broke...