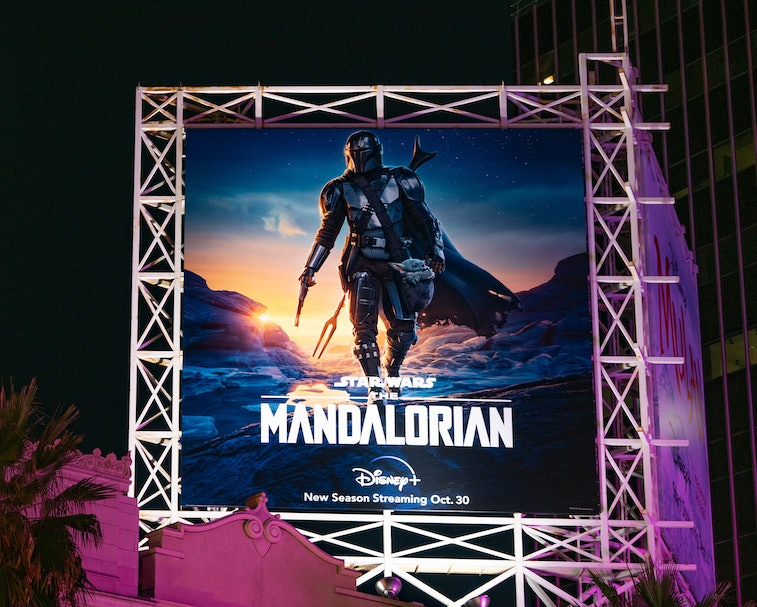 Today Disney+ officially rolled out GroupWatch in the U.S. A test version of the group streaming feature hit Canada and New Zealand earlier this month. Subscribers can invite other subscribers from their computers or phones, but the selected title can only be played on devices that support the app. Disney+ is the latest streaming service to add a watch party feature in an effort to recreate movie nights while still allowing us to observe physical distancing guidelines.

How does it work? — The easiest way to access this feature is through the Disney+ mobile app. Titles now feature a group icon that you can tap to invite up to six other viewers. The app will also allow you to add your TV (if it's supported) so you can switch displays.

The egalitarian Mandalorian — The host doesn’t have any special powers — the experience is very egalitarian. Anyone can pause the stream to go to the bathroom, grab snacks, or comment on a scene. All viewers also have the power to rewind and fast forward, in case they missed something or want to skip over some age-inappropriate content for the tiniest audience members.

Using the app, viewers can send quick reactions that will pop up on the screen with their name. Emojis for “like,” “funny,” “sad,” “angry,” “scared,” and “surprised,” are the only reactions available at this time. This is a departure from the chat- focused watch parties from competitors, which Disney+ hopes will amount to a more streamlined viewing experience.

Until this point, Scener was the best way to watch Disney+ movies and shows as a group. As of this writing, Scener is still compatible with Disney+ for those who want to be able to see and talk to their friends. If Mulan is an example, however, it seems like the company wants to keep as many coronavirus-related updates in-house as possible.