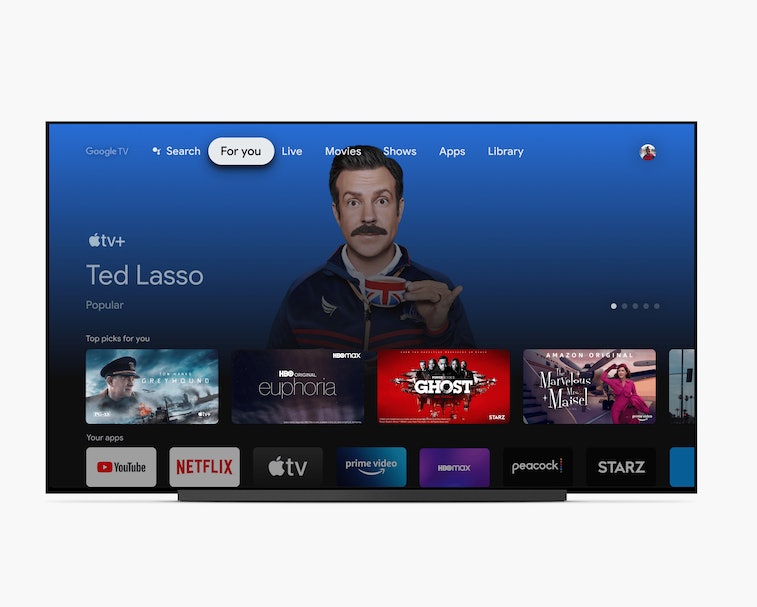 Apple has removed the ability to rent, purchase, or subscribe to content in the Apple TV+ app on Android TV and Google TV. The removal, spotted by FlatPanelsHD and 9to5Mac, means you’ll have to complete transactions somewhere else in order to view them on devices like the Chromecast with Google TV, and any TV running Google’s TV software.

Read-only — Specifically, Apple has removed “Store” tab from the apps, and buttons for purchasing or renting content have been replaced with “How to Watch” prompts that tells users “you can buy, rent or subscribe in the Apple TV app on iPhone, iPad, and other streaming devices." The Verge reports that the ability to subscribe to Apple TV+ streaming service in the app has also been removed.

The Android and Google TV versions of the app can only play content you’ve already purchased, while other versions of the Apple TV+ app, on Roku for example, will continue to work like normal. In a response to Input, an Apple spokesperson stated:

"We’ve updated the Apple TV app to comply with Google Play's guidelines around purchases and rentals.”

IAP negotiations — According to “sources familiar with the matter” that spoke to Jon Gruber at Daring Fireball, the removal has to do (unsurprisingly) with a disagreement over in-app purchases. Gruber writes that until this point Apple wasn’t using Google’s in-app purchases system to complete transactions, and presumably wasn’t paying Google a portion of what it earned on transactions.

Apple has its own in-app purchase system for its App Store and has long taken the stance that if developers disagree with the typical 30 percent commission Apple charges they can sell apps somewhere else. By removing Google and Android TV, Apple is in some sense modeling that behavior. The difference is, Apple can survive not making a few bucks from every Spider-Man: No Way Home purchase on Google TV, while losing access to the App Store might mean a developer can’t make ends meet.

As Gruber notes, it's also a bit hypocritical that Apple is explicitly explaining how Android and Google TV users can complete purchases on other platforms. The company generally prohibits developers from using in-app links or calls to action to do the same thing on its own platform.

Apple and Google will behave as they please, but it's unfortunate that at least for now, Android and Google TV users are losing functionality in the process.