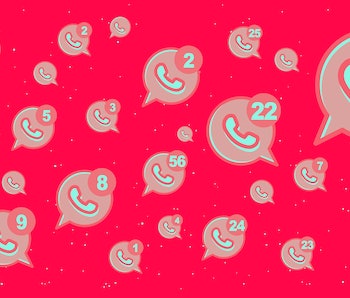 Double fingerprint privacy — WhatsApp announced today that users can finally unlock its app on Android devices with a fingerprint, a feature that’s been available on iOS devices since February. The feature can be enabled in the Privacy section of the app’s settings. Once you’ve logged in with your fingerprint, you can set the app to stay unlocked for one or 30 minutes.

Once the setting has been turned on, you’ll need to unlock the app with a fingerprint even once you’ve already unlocked your phone, similar to how you would for a secure app like a password manager.

A long time coming — This news isn’t a complete surprise — WABetaInfo reported back in August that the feature appeared in a beta version of the Android app. Plus iOS users have been able to use fingerprints and Face ID to unlock WhatsApp for close to a year now, so the Android update couldn’t have been far behind.

As of this writing, the feature still isn’t available to everyone; The Verge reports that the updated app hasn’t been released in all regions.

More biometrics, but not all of them — While it’s super helpful that Android users now can use their fingerprints to unlock WhatsApp, the lack of face unlock support is frustrating, especially since many newer Android phones (like the Pixel 4) use face unlock as their quickest primary log-in option.