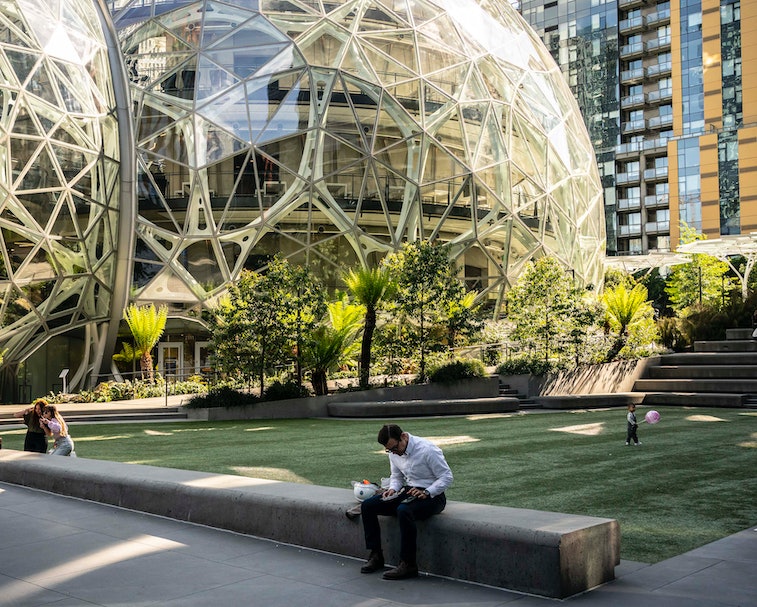 Amazon will monitor the keyboard and mouse movements of its customer service employees in an effort to thwart imposters or hackers trying to access customer data. That’s according to documents obtained by Vice. Amazon said in response that it does not disclose what security technologies it uses but is always trying to protect customers’ privacy.

The product the company will reportedly use comes from a cybersecurity company called BehavioSec. It collects not the specific things a worker types, but rather “behavioral” biometric data in order to monitor for unusual behavior. For instance, if a worker starts typing far faster than usual, that could flag Amazon that their account may have been infiltrated by a hacker using a bot to steal customer data en masse.

Pattern recognition — In the document, Amazon cites a pattern of security threat incidents in several countries with high corruption as a justification for purchasing the software. It also says that workers being at home during the pandemic has made it harder to make sure they are who they say they are. One use case provided is that a customer service worker walks away from their computer and then a roommate grabs the machine to use its internal search tool and see what a celebrity has been buying on Amazon.

But just four cases have actually been identified in which imposters accessed such data. And the result for workers of implementing the software is a constant feeling that someone is watching over them. It’d be one thing if these workers were well paid, but they’re not.

Amazon’s goal ultimately is "by end of 2022, to reduce imposter take over by 100 percent to zero cases by year," the document continues.

Always watching — Amazon has similarly begun implementing monitoring technology in its delivery vehicles, and keeps track of warehouse workers’ every move to ensure maximum efficiency. In that context, it’s kind of surprising that Amazon wasn’t already keeping a close eye on its customer service workers.

You’d think there’d be a better solution that doesn’t compromise employee privacy though, like logging activity that goes through its internal search tool — who accesses which customer data and when, for instance. It’s easy to imagine Amazon one day using the software to eventually monitor worker productivity in every area of the company.

Work culture — The company’s tough policies extend to its white-collar workers too, though. Amazon only recently backed down on a requirement within its game development studio that said it owned the rights to any game that employees made outside of work hours.

Over the years, Amazon has been criticized for fostering an unforgiving culture. A 2015 exposé by The New York Times outlined the strategies Amazon uses to squeeze productivity out of even its most well-paid employees. It once used a stack-ranking system that required managers to rank their underlings and then fire the ones at the bottom. It discontinued that system following the story, but it’s still considered a tough place to survive, let alone thrive.

Founder and former CEO Jeff Bezos reportedly didn’t believe in paying employees the industry average because he felt they should enjoy the work and not be driven by financial concerns — even though he was simultaneously making billions off their efforts.