U.S. District Court for the District of Columbia 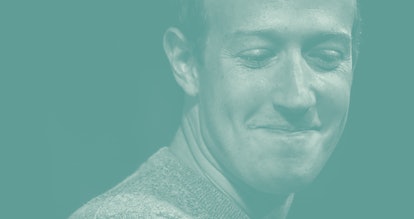 In a stunning loss for regulators, a federal judge today dismissed the Federal Trade Commission’s antitrust complaint against Facebook, saying that the agency did not prove that the social media giant holds a monopoly on social networking services. CNBC reported on the news.

Facebook’s stock is up more than 4 percent on the decision, giving the company a value of more than $1 trillion for the first time ever. Needless to say, the Zuck is probably feeling pretty good right now. The judge, however, did disagree with some of Facebook’s arguments and left an opening for the FTC to pursue future litigation.

Lacking data — “Although the Court does not agree with all of Facebook’s contentions here, it ultimately concurs that the agency’s Complaint is legally insufficient and must therefore be dismissed,” reads the filing from U.S. District Court for the District of Columbia. “The FTC has failed to plead enough facts to plausibly establish a necessary element of all of its Section 2 claims — namely, that Facebook has monopoly power in the market for Personal Social Networking (PSN) Services.”

CEO Mark Zuckerberg in prior testimony has pointed to the rise of competitors like Snapchat and TikTok as proof that Facebook still must innovate in order to keep up. Apparently the judge bought that line of thinking and said that the FTC did not provide any evidence proving that Facebook’s large size makes it difficult for consumers to move to competing apps.

“The Complaint is undoubtedly light on specific factual allegations regarding consumer-switching preferences,” the court wrote. “These allegations — which do not even provide an estimated actual figure or range for Facebook’s market share at any point over the past ten years — ultimately fall short of plausibly establishing that Facebook holds market power.”

This isn’t over — The court did disagree with Facebook in one area, saying the FTC is within its rights to try and roll back acquisitions of Instagram and WhatsApp. But it will still have to prove that those acquisitions have made Facebook an insurmountable foe to competitors.

Critics of Facebook have argued that Facebook has been able to use its large size to hinder competitors because, even if consumers are wary about Facebook’s privacy record and want to abandon it for an alternative, all of their friends are already on Facebook-owned apps, making it difficult to ditch it entirely. It’s possible that Facebook has also hampered companies like Snapchat, which saw its growth slow after Instagram rolled out its own clone of Stories. That would be a clear violation of antitrust regulations, but the FTC didn’t have the data to prove any wrongdoing.

Many experts have said the government would have to meet a high bar to prove antitrust violations, and today’s ruling proves that. Proving definitively that Snapchat was harmed by Facebook’s encroachment is tricky, because Snapchat could have seen its growth slow for other reasons.

The Biden administration has taken a tough stance on Big Tech, and a major critic of the industry was recently appointed to head up the FTC. It seems likely that this won’t be the last time Facebook has to face off against regulators.