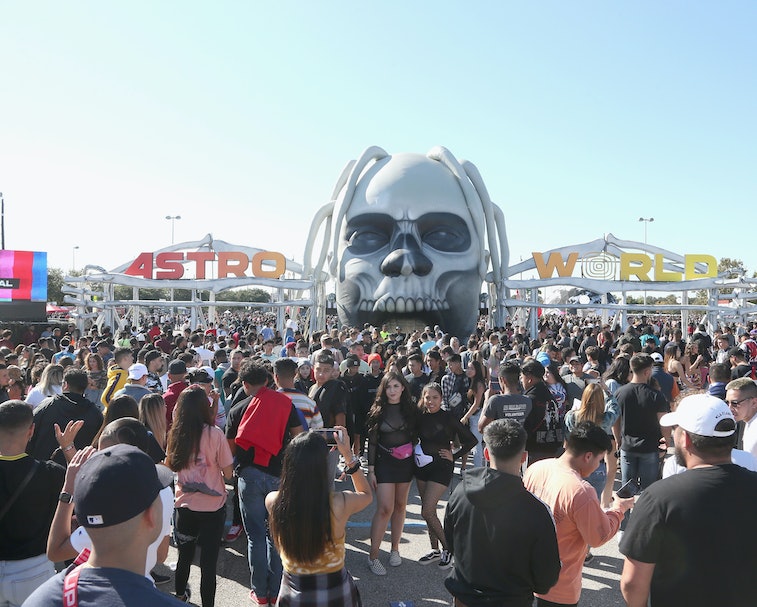 Travis Scott’s Astroworld festival kicks off this weekend, supposedly with some actual kicks. The rapper himself announced a week-long schedule of events — fittingly named Astroweek — featuring activations with frequent collaborators Nike and Jordan Brand. Fans are speculating a SNKRS Pass available during the week will be the first (and possibly only) chance to purchase a pair of Cactus Jack’s upcoming Air Max 1 sneakers.

Scott has 12 unreleased Nike sneakers planned for the coming months, five of which are part of his Air Max 1 revamp. Inspired by the desert and trending workwear designs, the shoes are expected to arrive in brown, black, lavender, yellow, and light gray later this year. The SNKRS app promises the yellow and brown iterations on December 16 — but fans at Astroworld, or simply within reach of the SNKRS Pass, may have early access to the sneakers.

Can you kick it? — An event called Cactus Jack x Nike takes place on November 2 and 3, with a SNKRS Pass available at Scott’s Houston store Space Village. SNKRS users must be within proximity of the retail space to unlock access to the unnamed shoes.

It’s unclear whether Nike has added any further safeguards to ensure the drop goes smoothly, especially considering a similar localized event, for the Off-White Air Force 1 Low “Lemonade” sneaker, was exploited by hackers and resellers. By “spoofing” or faking their location, some users were able to trick the app into thinking they were within the designated range, allowing them to order the exclusive shoes regardless of where they actually were. Restrictions by Nike would hopefully prevent this from happening with Scott’s Air Max 1s, which boast a comparable amount of demand (and resale value).

More surprises on the way — Additional events, in partnership with Jordan Brand, include the opening of a co-branded Cactus Jacket basketball court and a celebrity golf tournament. A Cactus Jack Design Center x TXRX LABS experience is also on the itinerary, although it’s uncertain what other collaborations the rapper may have to offer; whatever it is, it’s guaranteed to sell out.

Other Scott x Nike sneakers, like his forthcoming Jordan 1 Lows, probably won’t make an appearance unless they’re on the rapper’s feet — he’s known to debut unreleased models at his bigger events. Make sure to keep an eye out for Stormi’s kicks, too.