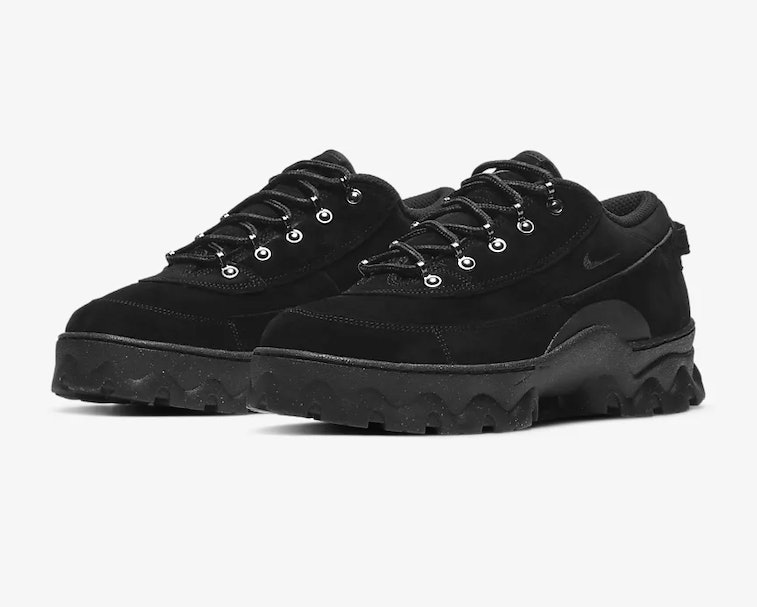 Outdoor gear reigned supreme this year, though it looks like the trend will follow us into 2021. Expanding its footwear offerings, Nike is releasing a modern iteration of its 1989 Lahar Escape Boot that looks perfect for anything from glamping to an urban hike. The women’s exclusive is set to drop in early January.

Nike has released plenty of retro styles this year, and though the 1989 Lahar Escape won’t see a proper reissue, the new low-top boot is sure to become a fan favorite. Chunky platform shoes have recently commanded the streetwear scene, becoming a staple in women’s winter wear and resuscitating 2000’s brands like Skechers and Doc Martens. Now, the Lahar Low presents itself as the perfect dad boot.

Take a hike — The original Escape Boot was designed for the actual outdoors, featuring a high-top leather construction with a hiking lacing system, while the Lahar Low model acts more like an homage, designed as an urban shoe with rugged details.

Unlike the bright colorways that appeared on two pairs of the Lahar-inspired Air Max 90, the chunky boot comes in “Black” and “Wheat” shades. While the black shoe stays tonal, the tan version of the Lahar Low boasts a contrasting black midsole. Either colorway acts as a sort of camoflauge no matter what outfit you style it with, though the boots would look great with The North Face x Gucci’s groovy camping collection.

Underfoot, grooved texture on the outsole and oversized lugs give the wearer improved grip, no matter what nasty weather they’re facing. A “Flame Crimson” Swoosh brands the center of the sole, giving the shoes just a splash of color. All together, this enduring style gives a forceful feel that still resonates more than 30 years after its debut.

From streetstyle to freestyle — Though the Lahar Low will never beat out NYC’s love for Timbs, its rugged silhouette comes as a close second and is sure to become streetwear’s next favorite. The retro release is scheduled for January 2 via SNKRS, with a price tag of $130 for either colorway. Even if you don’t live in the city, the suede iteration will come in handy for exploring the great outdoors and taking in the view — whether that's a nice sunset or your new shoes.