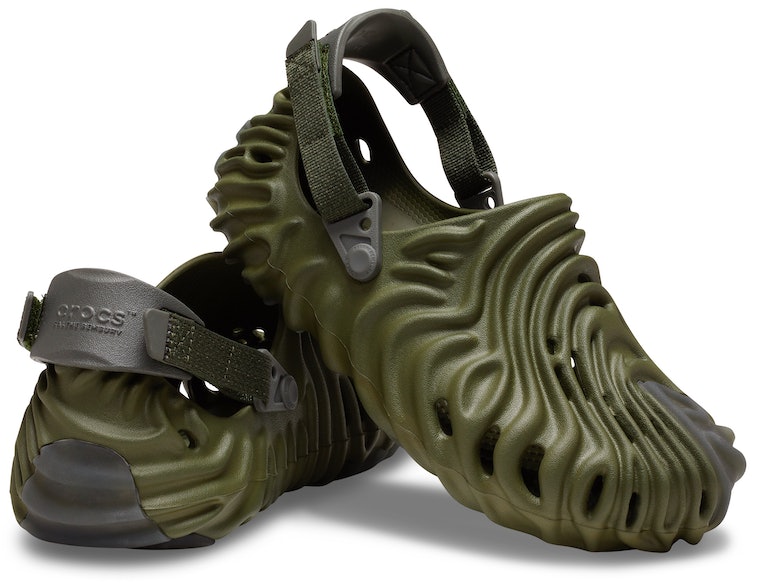 The past two years have seen a remarkable boon for Crocs. Key collaborations in fashion and pop culture have helped spur widespread adoption of the brand’s highly comfortable and affordable footwear. A sense of irony fostered in the normcore, dadcore, and adjacent movements allow consumers to wear the Classic Clogs while acknowledging, yes, they are indeed ugly. But there’s nothing tongue-in-cheek about the highly anticipated Crocs collaboration finally set to release next month.

Independent footwear designer Selehe Bembury has been teasing his total makeover of Crocs’ foam clogs for months, and even the last holdouts on the trend have been awaiting his brand-new silhouette. For as prolific as Crocs collabs have become, no one has tinkered with the shape as much and as alluringly as Bembury, whose New Balance sneakers have been among the most hyped of the year.

A December 14 release date has now been set for the Pollex Clog, setting the stage for what is, without exaggeration, one of the biggest drops in Crocs history. A raffle open for 24 hours will help keep things fair with scores of people entering, and we now know that the red-hot Croc will come in a palatable $85 — significantly cheaper than any other shoe drawing similar levels of attention.

That’s just the wave — The Pollex’s defining swirl pattern, which fits in well during a psychedelic moment in fashion, comes from three fingerprints merged together. Asymmetrical holes have been mapped out for high-heat areas of the foot and increase breathability for a silhouette designed for the outdoors.

Brown or green color variants known as “Menemsha” and “Cucumber” help channel nature further, and the clog’s adjustable nylon strap is intended to help the Polex remain functional in more active situations. The upper’s spiraling patterns also continue onto the outsole, giving you more traction than you’d get from a typical pair of Classic Clogs.

Crocs’ raffle for the “Cucumber” Pollex will open at 11 a.m. December 14 and close at the same time the next day, while select yet-to-be-announced retailers will have stock of both color variants. Bembury is also pointing people to sign up for a newsletter on his site to receive further details — and we’d highly suggest exercising all options to boost your chances of landing the best pair of Crocs to date.