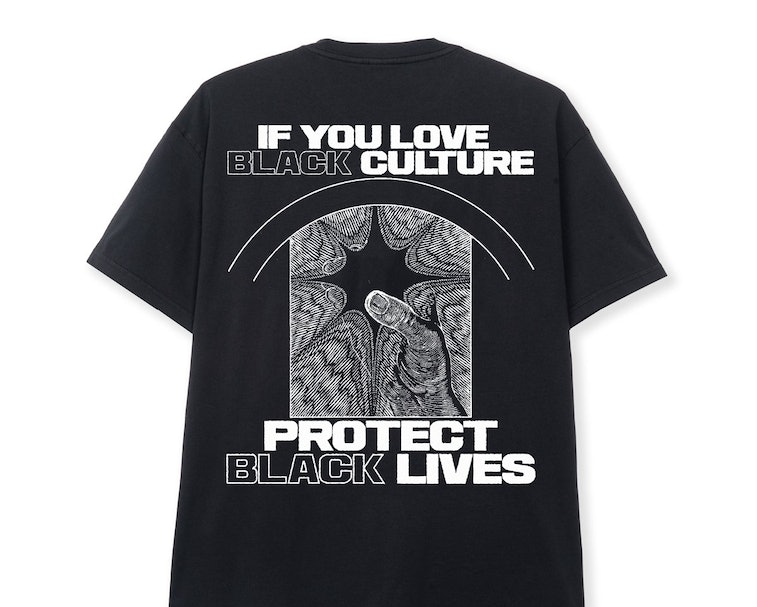 If you're a consumer of streetwear and sneakers, you're a participant in black culture. That's important to appreciate not just now, but always, as failure to do so is erasure of the contributions of a marginalized population. What were once subcultures have risen to the center of popular culture, and they wouldn't have done so without black-defined notions of cool being adopted by others.

This is true for countless arenas, and while it shouldn't take a black person doing extraordinary things for you to fight for the value of their lives, it does reveal a contradiction in those who remain silent. It's hypocritical to consume black culture but not defend the very people who've made it and bolstered it. And that's the message of Brain Dead's collaboration with Dev Hynes.

A fundraising tee for the black and LGBTQ+ communities — Brain Dead, the Los Angeles streetwear brand, has teamed up with Hynes of Blood Orange for this special fundraising T-shirt. On the front is a merger of both parties' logos, but the rear is where the core message is: "If you love black culture protect black lives."

Buying the T-shirt will help you do just that — although this shouldn't be your sole contribution — 100 percent of the proceeds will be donated to the Movement for Black Lives, as well the Back-Owned Businesses Relief Fund. Brain Dead opened pre-orders at 10 a.m. PST Tuesday and will continue to take orders until the same time on Thursday.

The shirt is priced at $54, and you should consider directly to the chosen organizations (or many others) even if you decide not to purchase it. Whatever avenue you decide to pursue, it's important to support the black community in the wake of yet another life taken by a racist system of policing. And it's even more important to continue that work going forward, when the spotlight inevitably dims but the problem does not.