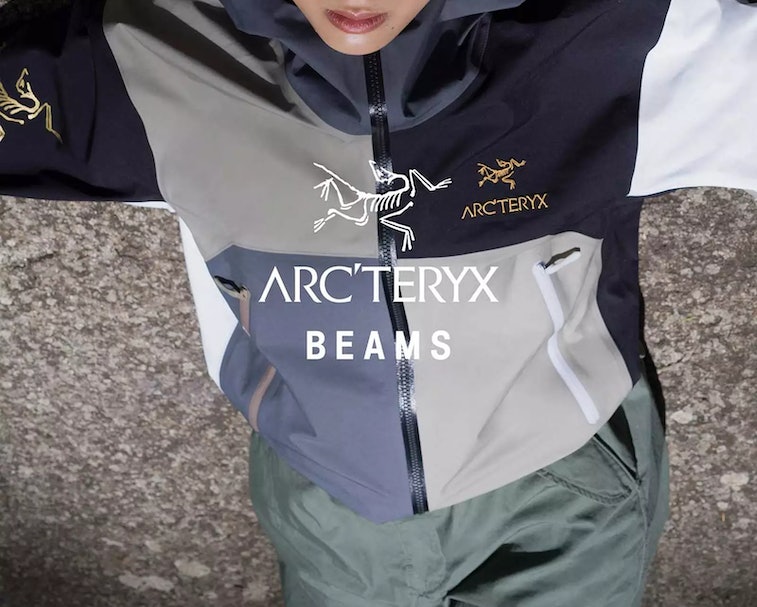 Arc'teryx and Beams are packing heat for cool weather. Their “Dimensions” collection, a grail amongst collectors and previously only available in Japan, will soon return for a global release. The highly coveted patchwork pattern from the collaboration sees its return in white, black, tan, and gray panels with an oversized Arc’teryx bird logo.

The colorful partnership initially began in 2001, when Arc'teryx and Beams teamed up to celebrate the latter’s 25th anniversary. Their Dimensions collection is inspired by a bird’s-eye view of nature merged with a human’s from down low. The combination results in hues taken from both micro and macro views of the outdoors, otherwise known as “dimensions.”

As an instant success, the collaboration has continued ever since. Each year, Arc'teryx and Beams offer up a series of bags or jackets, typically the Beta SLs, which are exclusive to Japan. This season, much to the delight of fans, that regional restriction is finally ending.

Putting in the (patch)work — Leading the release is a patchwork Beta jacket, outfitted with Gore-Tex fabric and Fore-Knit backer technology. The piece flaunts more than just a desirable design with waterproof, moisture permeable, and windproof features. Its frame also keeps the jacket quiet when moving around, so wearers can enjoy the sounds of nature rather than the swish-swish of their outerwear. An oversized Arc'teryx bird logo finishes off the Beta jacket and sits on the sleeve.

The outerwear’s white, black, tan, and gray aesthetic is continued on a Mantis 26 Backpack, a Mantis 2 waist pack, and a Mantis 1 waist pack. Only one of the waist packs utilizes the Dimensions collection’s patchwork look, while the other waist pack and backpack maintain a clean all-white base accented by tan and gray zippers. The bags range from 1.5 liters to 26 liters in volume.

Coming soon — As usual, Arc'teryx and Beams will offer their Dimensions capsule in Japan, but customers in the United States, United Kingdom, Canada, and China will have a chance to grab the collection in their region, too. The patchwork pieces are scheduled to release in Japan on August 26 via Beams’s website, while a drop date has yet to be announced for other areas. Fans will want to keep an eye out for their respective release information, though — the collection will surely sell out rapidly.