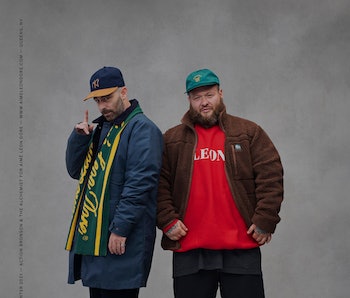 Aimé Leon Dore has become one of the hottest brands as it bridges menswear and streetwear, and now it has the backing of the largest luxury conglomerate in the world.

LVMH — the corporation behind Louis Vuitton, Christian Dior, Off-White, and more — has acquired a minority stake in the Queens-born brand founded in 2014. Terms of the deal haven’t been disclosed, including how much LVMH paid and what percentage of Aimé Leon Dore it now owns, but The Fashion Law reports similar investments typically come in the range of $2 million to $17 million.

“LVMH’s vast network of global leaders across the industry and its rich history in growing exceptional storied brands offers a truly unique partnership opportunity to fuel the next chapter of growth for Aimé Leon Dore,” brand founder Teddy Santis said in a release.

A new era for streetwear? — Aimé Leon Dore, often referred to as “ALD,” has helped guide heritage brands including New Balance and Woolrich into the world of hype as it itself has become one of the hottest brands around. While its product drops often garner the same amount of attention to Supreme, ALD is rooted as much in menswear as it is streetwear and played its part in ushering in a more a slightly preppy trend that goes beyond T-shirts and hoodies.

The most apt comparison for Aimé Leon Dore is Noah, which itself was founded by former Supreme creative director Brendon Babenzein. Both put more handsome apparel including suiting, knitwear, and proper trousers, with Noah rooted in Long Island culture and ALD in Queens. Babenzein’s success with Noah was rewarded with a new post as J. Crew’s head of menswear, but it’s Aimé Leon Dore that’s made a more exerted effort to become a high-profile player in fashion.

Hype for Aimé Leon Dore can be seen in its rapid sellouts and a perpetual line for both its store and cafe in the Nolita neighborhood of Lower Manhattan. Women’s Wear Daily reports the brand plans to expand with a new outpost in London set to open as soon as March, but that may just be the beginning of ALD’s growth now that LVMH is involved.