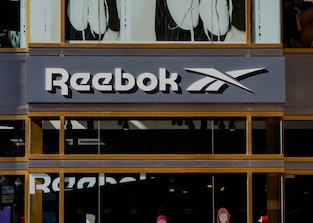 The value of the sale.

Six months after announcing it would sell Reebok, Adidas has finally found a new home for the brand. In a deal estimated at around €2.1 billion (approximately $2.5 billion), Authentic Brands Group purchased Reebok from Adidas, roughly 15 years after the latter acquired the U.S. fitness company and tried to revamp it.

“After careful consideration, we have come to the conclusion that Reebok and Adidas will be able to significantly better realize their growth potential independently of each other,” Adidas CEO Kaspar Rorsted said when announcing his company's divestiture plan for Reebok earlier this year.

Yet, “Reebok has been a valued part of Adidas, and we are grateful for the contributions the brand and the team behind it have made to our company,” Rorsted said in a more recent, post-sale statement. “With this change in ownership, we believe the Reebok brand will be well-positioned for long-term success.”

A pretty good deal — Adidas bought Reebok in 2006 for $3.8 billion, but wasn’t able to turn enough profit with the brand to keep investors happy. Although Reebok did account for a quarter of its parent company’s revenue as recently as 2017, the pandemic particularly affected its business: net sales fell to 44 percent in the second quarter of 2020 and another 7 percent in the third.

Reebok’s sale is somewhat of a loss for the Three Stripes — although its value is higher than originally estimated. Earlier this year, a “banking source” told Reuters that Reebok could be worth around $1.2 billion, about half of what ABG bought the brand for. Collaborations with high-profile names like Bape, Cardi B, and Margiela may have boosted Reebok’s recent value, while new global creative director Kerby Jean-Raymond (of Pyer Moss) may have also steered the brand in the right direction.

What’s next? — Authentic Brands Group — which manages more than 30 brands including Barneys, Forever 21, and oddly, licensed Shaquille O'Neal properties — plans to preserve Reebok’s “integrity, innovation, and values,” including in brick-and-mortar stores, said Jamie Salter, Founder, Chairman and CEO of ABG in a statement. Whether or not ABG is able to revive Reebok to its former glory is another question — though we’d be happy to see the underdog on top again.